Finishing up the week with a look at Golden Age Blue Beetle #5, with an appearance of Kooba Cola! 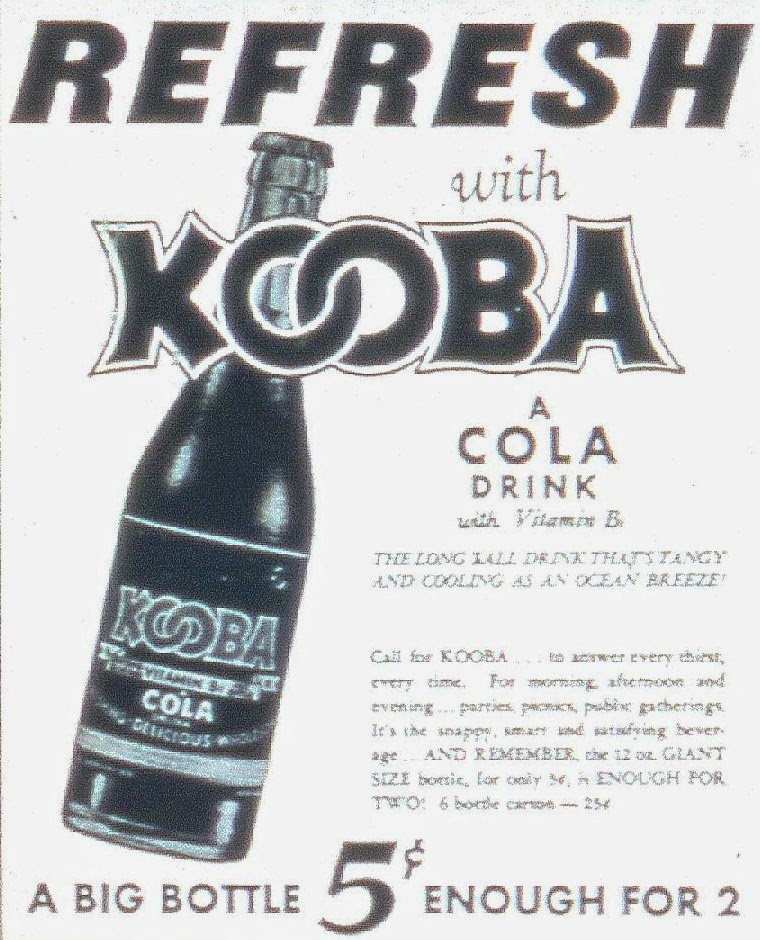 Kooba Cola actually has an interesting story you can read in detail right here.  The upshot of it is that the publisher, Victor Fox, had an idea of Stan Lee-level gumption and thought that if he advertised Kooba Cola in all of his comics, he could create a demand.  This would lead to him licensing the name to some soft drink manufacturer and he'd be making gobs of dough for doing next to nothing.  But it didn't catch on, and that was that.  It was a brilliant idea, though, and since Fox published the comics anyway, it was minimal financial risk on his part.

Enough history!  It's time for a Random Bitch-Slap! (tm!) 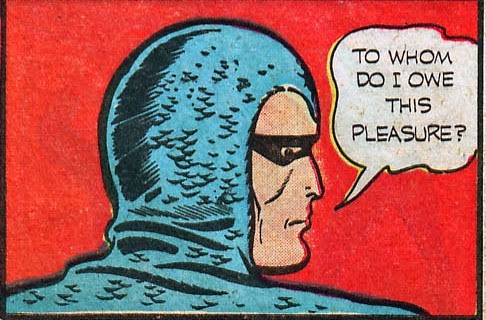 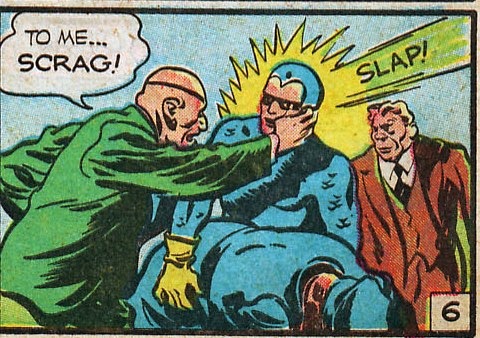 Let's shuffle off into the weekend with this little snippet from Golden Age Blue Beetle #3: 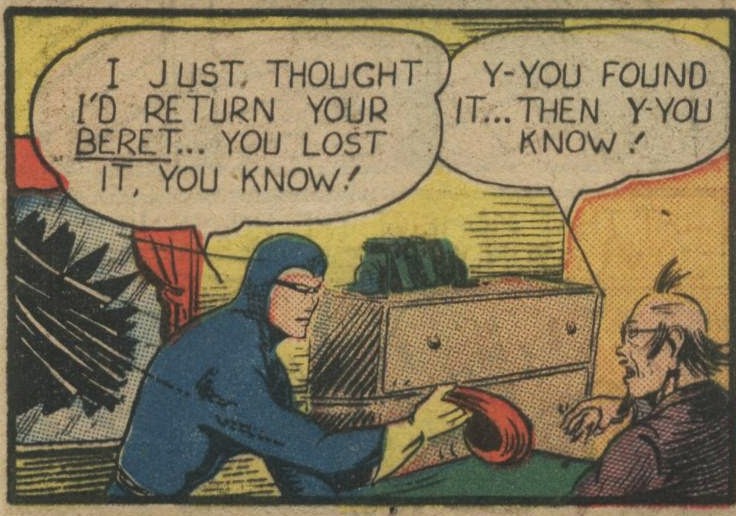 Try and get that out of your head this weekend!

I'm thinking there was a lot of dehydration back in the day. The 12oz GIANT-SIZE bottle was ENOUGH FOR TWO!
Somebody pass me my Big Gulp. I need 500 empty calories.

Taking it one step further, Kooba Cola was the "sponsor" for the short-lived Blue Beetle radio show...which may explain why it was so short-lived...

Thanks for the great article! You can see more about Kooba Cola at the Kooba Facebook page:

Do you prefer Pepsi or Coke?
SUBMIT YOUR ANSWER and you could win a prepaid VISA gift card!