Taking a look at Master Comics #43!  I said yesterday's issue was #43, but it was #42 and you all were either too polite to correct me on it or just didn't pay that much attention, either.  Anyhoo.... 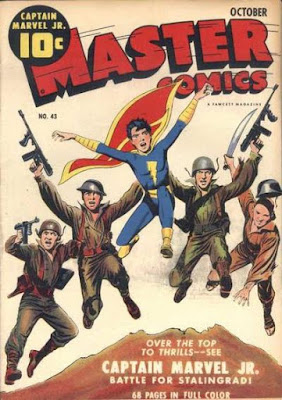 Well, that cover is in your face, isn't it?  YAAAAAAA! 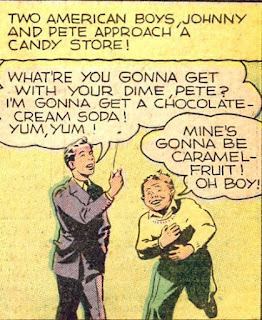 Hey... is Johnny wearing Freedy Freeman's trademark purple clothes?  That's the problem with having a character always wearing the same thing... you see a kid in a red sweater with the slightest yellow accent and you naturally assume he's Billy Batson, even if you're reading Suicide Squad. 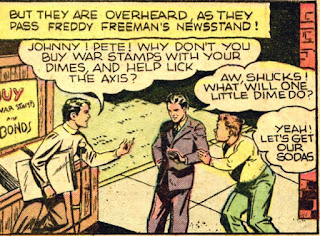 Well, Johnny and Pete love their cream sodas just a scad more than they dislike Hitler, so CMJ decides he's going to drop everything and get 'em to fork over those dimes: 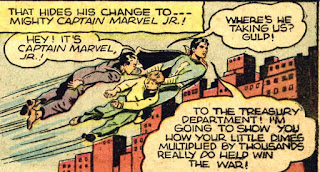 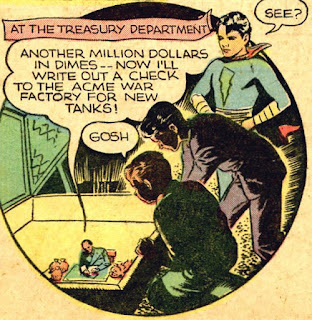 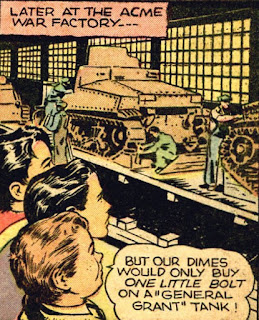 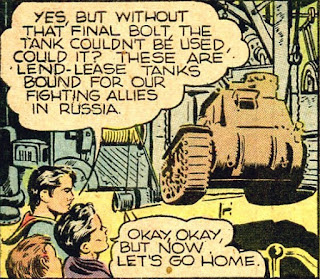 Note that Johnny has conceded CMJ's point. You'd think that would be the end of it.

You'd think that would be the end of it: 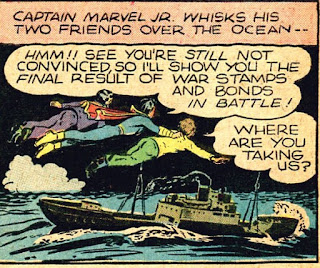 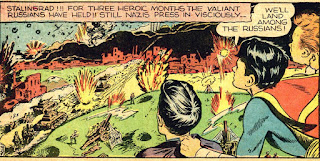 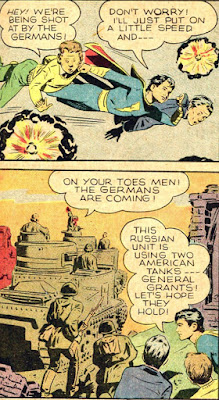 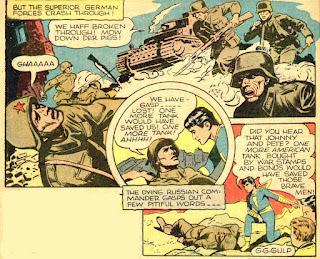 Yes, CMJ decided to commit an international kidnapping and plopped two children in the middle of a war zone.... for two dimes.  I mean, I'm familiar with "For Want of a Nail" and I totally agree with CMJ wanting the kids to recognize that even the slightest contribution can make all the difference... but Johnny already agreed with CMJ back at the factory.  Why all this?  I guess CMJ wants to make sure Johnny and Pete are too terrified to spend a dime on a cream soda for the duration of the war. 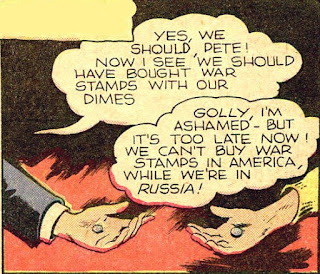 Oh, don't worry, Pete... by 2018, Russia and America will be pretty much the same country considering the direction we're headed. 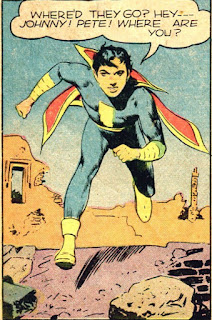 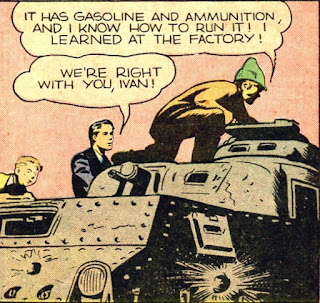 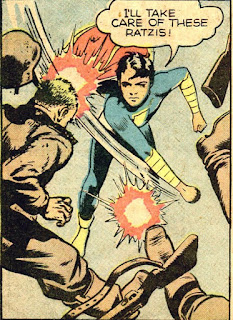 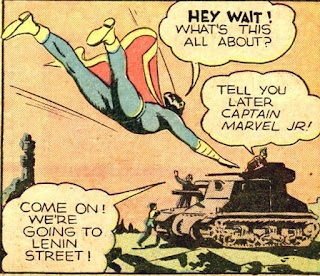 And at this point, even CMJ recognizes that this lesson has gotten a little out of control: 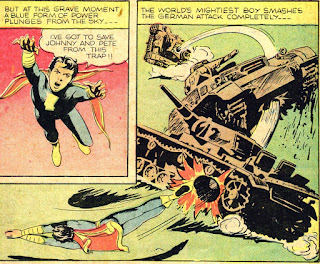 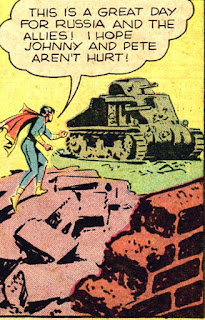 Well, it's a little late to start worrying about that, CMJ.  The appropriate time to worry is before you put kids in the path of Nazi gunfire. 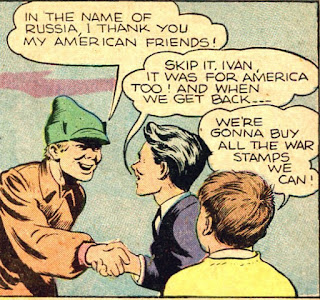 (Insert your own, "helping the Russians is apparently still for America too" joke here) 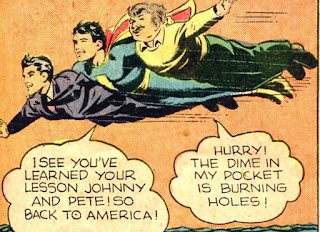 And if they hadn't learned their lesson, what was the next stage of your plan?  Because I'm genuinely curious. 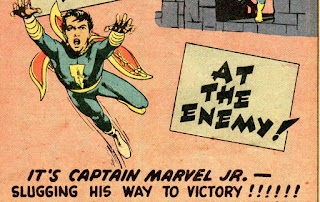 Say it with me, Minute Man! 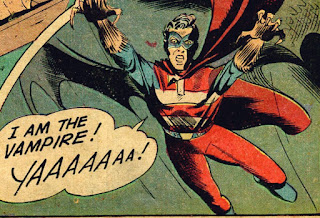 Well, I didn't ask you to be a vampire, but I appreciate the effort!

The "ACME War Factory" produced tanks? When did they switch over from roadrunner-control items?

More seriously, the artist of this story made the US tanks look like M3 Mediums and the German tanks look like Panzer Mark IIIs or IVs, which puts him a cut above most Golden Age artists!

Hmmmm..... and what about that dime all those kids spent on this copy of Master Comics?? Imagine of THAT had all gone on tank production instead! The war would have been over in two months!!

Yeah, George... I don't know my tanks at all. I know more names than I know what they look like, so they usually get that past me.