Super-Girl isn't the First Supergirl if You Spell it Super-Girl. Duh. 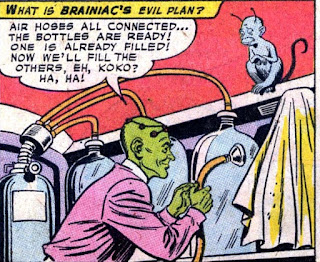 Did you know that Brainiac had a cute sidekick?  You won't see him any stories post Crisis on Infinite Earths in 1985, but he was actually the best thing about your average Brainiac story back in the day.

Speaking of characters you don't see any more: 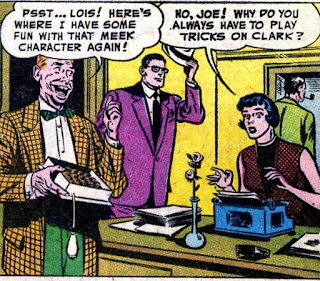 What do you mean "always," Lois?  Because I've never seen this guy before. 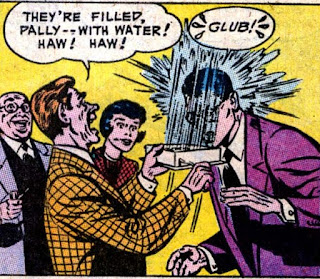 I admit I wouldn't have seen that particular prank coming.  How do you get a box of chocolates to do that?  Is there a nozzle in each individual chocolate? 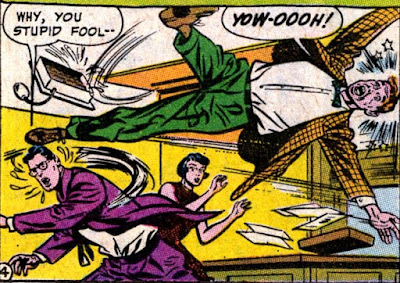 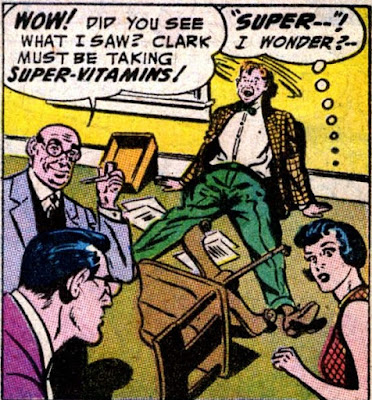 And since we never see Joe again, I can only presume he died from head trauma.  That took a dark turn.

And then there's Lois: 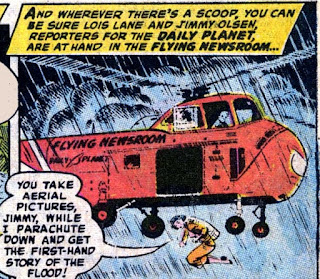 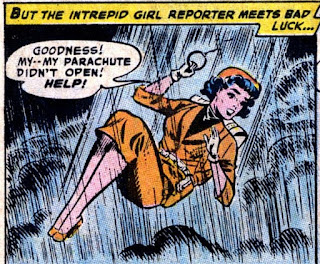 I don't know that it's bad luck when your parachute opens.  At least, I don't think that would hold up in court when Lois Lane's estate sues the makers of the parachute. 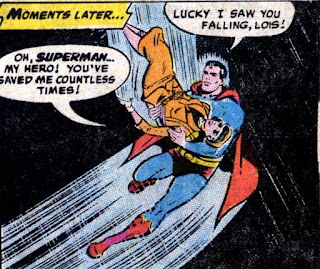 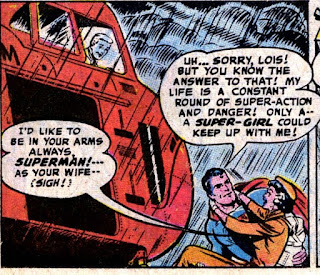 What do you want from your relationship with Superman, Lois?  I don't think he can crack your subtle feminine wiles. 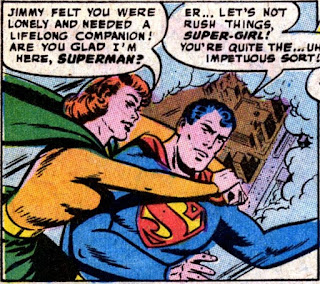 Yeah, there was a Super-Girl.  Not to be confused with Supergirl.  But she knew Superman's secret identity, so you know where this is going: 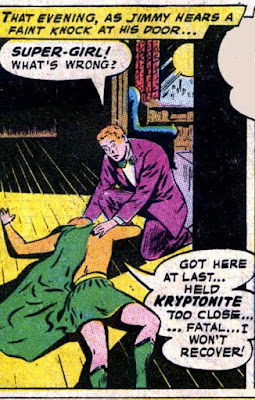 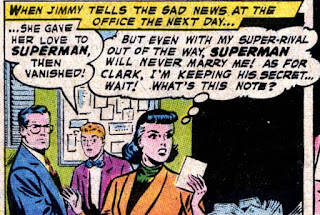 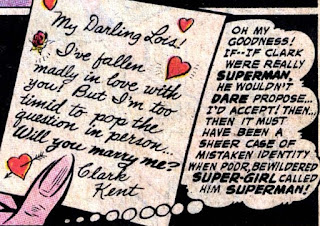 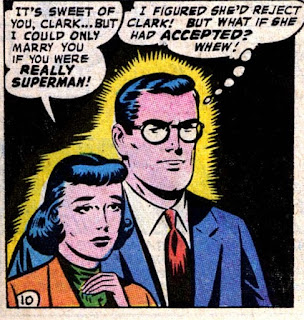 Yes, take comfort in the fact that the dead woman was replaced by another woman.  That's totally okay in the Superman universe.

You know what we haven't seen in a looooong time? 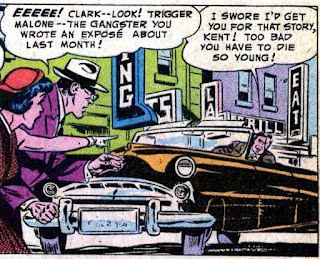 I know... we have so many memes at CMNS that some seem to disappear.  But there it was!  Yay!

I didn't know that! But my Betty Boop knowledge is non-existent...