I know... you don't like Boy Meets Girl Comics, but I just can't turn away from them!  It's a sickness for me!  I need professional help!

But until then, check out issue number 14: 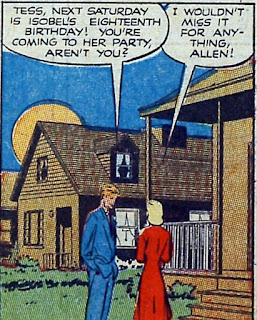 You know, in his own way: 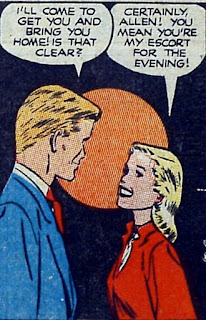 Allen has some serious game with the ladies.  You can't argue with that kind of success.

And now, every high school girl, ever: 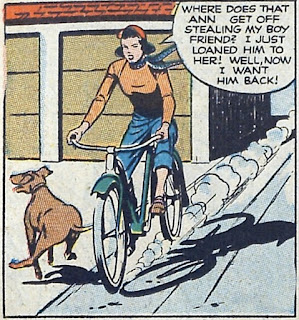 I don't think your boyfriend is going to be very impressed that you almost ran over a dog and don't care, Toots.

And just in case you've forgotten: 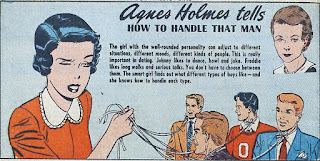 Do not trifle with Agnes Holmes.  Ever.

Actually, she gives pretty good advice.  I can't find much on Agnes Holmes.  I wonder what her story was?

But whatever it was... I'm not trifling with her and I suggest you don't, either.

And now, another installment of Sadistic Mailman! (tm!) 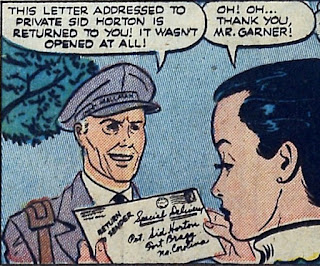 He laughs at your disappointment!

Your rejection brings him glee!

He makes sure you know that he knows no one wanted to read your letter and you will most likely die an old maid!

I've got another two days of material from this issue.  I will always love Boy Meets Girl Comics.

Adam: I would very much like to see you use dialogue from BOY MEETS GIRL in one of your closing arguments. And close with Agnes.

Agnes would be the nuclear missile of all court proceedings. No one trifles with Agnes.

I love the Boy Meets Girl comics. Keep on going with those any time you like. :D

I looked up Agnes Holmes. Apparently she's a nun, somewhere in Arkansas.