Batman vs. The Wringer. Guess Who Won?

Unless you never read a comic from the 1970s (or are here just for the humor, which is also awesome), you thought about ordering this:

I'm not a Superman fan, and I even thought about it.  But was anyone not bothered by the lack of red trunks (which would be oddly accurate today) and the "concealing mask"?  Yeah, the term "Superman" had better be in quotes.

I have no idea if this was a licensed product.  I presume it was (seeing as how the ad was a regular in DC Comics publications and all).  But if so, DC Comics really didn't care too much about the merchandise because it was inaccurate.  And if there's one thing comic book nerdlingers despise, it's when things about comics are inaccurate.

Anyway, Batman continues to bore me with non-costumed villains.  In this case, I plowed through a four-part storyline called "The '76 Underworld Olympics," which was a parallel of the '76 Olympic Games.  It should also be noted that 1976 was the United States Bicentennial, and you couldn't get away from it.  Anyway, it had Batman fighting mobsters from around the world who were in a crime competition of some sorts, and despite the cosmopolitan theme of it all, I was still quite bored.

And, because Batman wasn't fighting someone decent, his own performance was pretty sad: 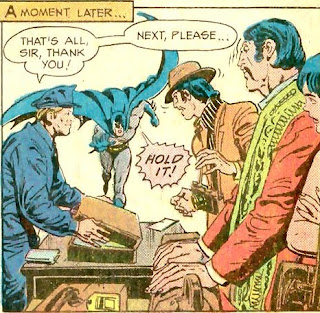 Yup.  That's the Dark Knight getting smacked in the face by a camera worn around a guy's neck.

Fast forward to Batman #278, where we finally get an actual villain.  In a manner of speaking.  Keep in mind the last villain we had was the Sheikh about ten issues prior (and my 8 year-old self wants you to know that's ten months in real life waiting for a new villain).  Now, they gave us this guy: 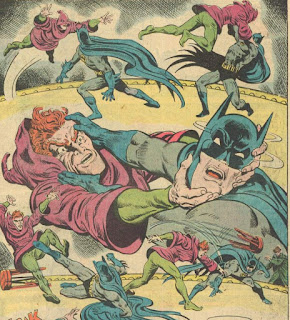 And his awesome origin? 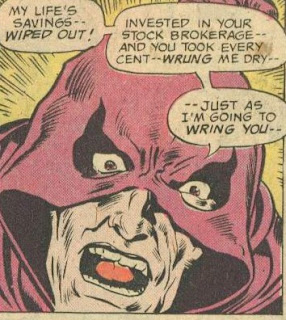 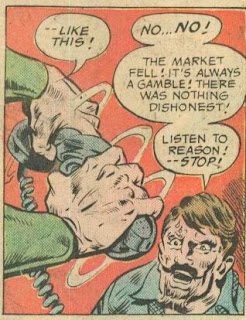 And he had really strong hands.  I'm not sure how that happened because they never explained it and the readers didn't care enough to ask.

Anyway, the other day I was talking about Evel Knievel being a fairly regular presence in comics with that toy line Ideal put out.  Here's a pretty good rundown of the goods: 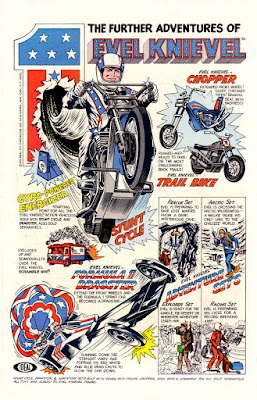 The "Adventure Sets" seem kind of weird to me.

Holy toasted ciabatta bread!  Is that you, Evel Knievel?

I was pretty into my action figures, and I had the basic stunt cycle, but I just didn't see old Evel as being someone whose adventures I cared to follow.

Okay, no!  NO!  We're finished with that!  If you haven't made a comic book appearance in 50 years, you need to just gracefully make your exit into the CMNS Character Hall of Shame! (tm!)

Who drew this? It looks like it was inked by one of the Filipino artists, but I thought they were 80s...or am I wrong?

The Filipino artists started coming into American comics in the 1970s.

The art in this issue was by Ernie Chua (a.k.a. Ernie Chan), who was one of the first Filipino artists to break into the American market. The inks are by Tex Blaisdell.