No one tell me how Gotham ended!  We still need to see the season finale!

Now that we've gotten the important things out of the way, let's take a look at Batman #232: 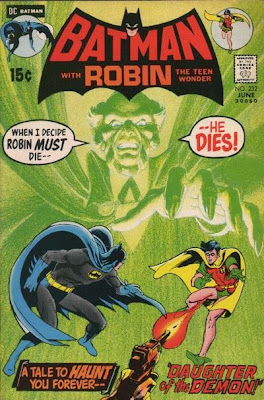 Yup.  The first appearance of Ras Al Ghul.  I know there are little squigglies that go over the vowels to tell you how to pronounce the words, but I've no idea how to make them happen.  And I need them because I would swear that "Ras" is pronounced differently in the Arrow tv show than it was in the Dark Knight movies.

It took me a long time to warm up to Ras.  Sure, he's got the Lazarus Pit and leads the League of Assassins, but there were (to my young mind) much cooler Batman villains out there, and every issue dedicated to Ras was one less issue devoted to the Riddler.

But he actually has quite a decent history.  In his first appearance, we learn that he deduced Batman's secret identity, successfully kidnapped Robin, invaded the Batcave without Batman catching him and... well, Batman fights a leopard! 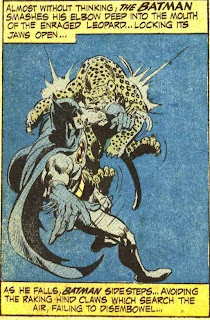 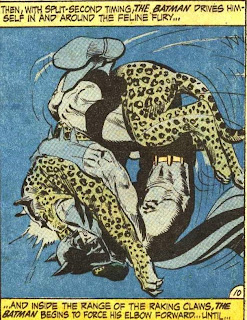 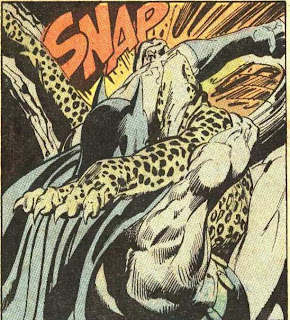 OH!  OH NO!  That took a very dark turn.  Come on, Bats... you've had shark repellent in that belt of yours before, why don't you have something that could take down a leopard in a nonlethal fashion?  Not cool.

And Ras was a big improvement over the guy who appeared in the previous issue: 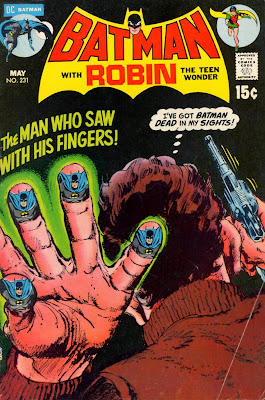 Yeah.  The Ten-Eyed Man.  He appeared just a couple of issues prior and they already brought him back.  I thought we'd already covered everything there was about having your eyes in your fingers, but I guess not: 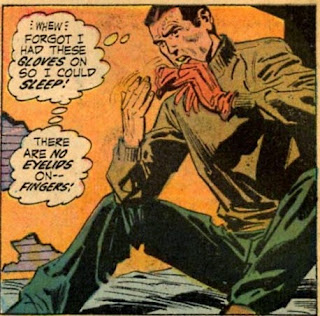 Oh.  Fair enough.  I hadn't thought of that.

.... Okay, I'm thinking about how awful it would be to have eyes in your fingers and cleaning yourself up after using the toilet.  I'm not proud of it... but for crying out loud, if you can't even close your eyes... well, no wonder the guy was so bitter.

I apologize for that, but it did get me to thinking.