Costume Hall of Fame: Villains who Dress Like their Enemies

Ever since I was a little tyke, I have had a special fondness for bad guys who dress like the heroes they fight. I mean, what's more disrespectful than wearing your enemy's trademark design, only screwing with the colors? Only a true badass can do that and get away with it! 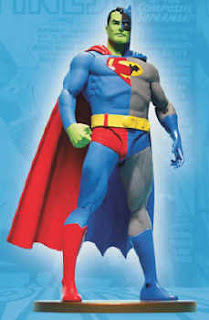 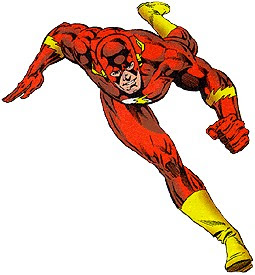 The first bad guy who I can remember making the ultimate fashion statement is Professor Zoom. I mean, up above you have the Flash. Down below, we have the exact opposite colors, right down to the circle that supports the chest insignia. How could he help but be Flash's greatest adversary?

And yes, I count the current version of Zoom as awesome. If I seem him on the cover, I must read the story. Even if it's in Wonder Woman's title... 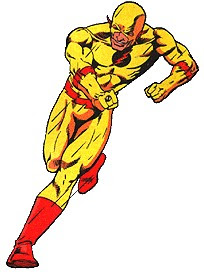 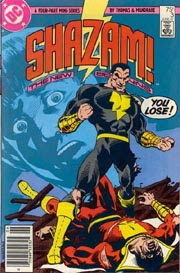 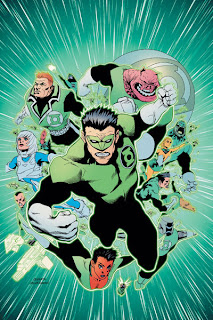 Sinestro has always been an interesting foe for Green Lantern, but I always wondered why, since he hated the Green Lantern Corps so much, he didn't wear a uniform that reflected that.

Then, along comes the Sinestro Corps.... 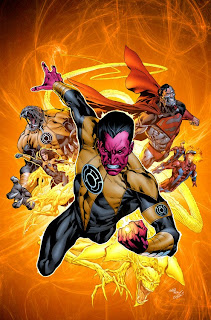 I remember reading a Neal Adams drawn story with a Superman and Batman Revenge Squad where Superman's foes had a costume exactly like his except a green insignia, and Batman's enemies wore a purple version of his outfit with a winged skull emblem (which I, at 10, thought was quite awesome). Who else am I forgetting?
Posted by Adam Barnett at 3:16 PM

There's Bizarro, who looked all kinds of awesome on Challenge of the Superfriends, but is just oddly disturbing now.

If you want to count the Marvel side of things, there's:

* The Magus, who was essentially a purple version of Adam Warlock.

* The Spider-Man Doppelganger had a Spidey costume (and six arms).

Those are the ones off the top of my head.

Would Venom count, or is that cheating since he IS the costume?

de came up with several I hadn't heard of .... I had thought about Venom, but initially nixed him because I couldn't recall he and Spidey wearing black at the same time. But, the first time they fought, they did, didn't they?

I have that Batman/Superman Revenge Squad issue somewhere. That purple costume with the skull insignia was the FUNK. I want that as a t-shirt.

The Composite Superman gave himself green skin because he secretly had the powers of the Legion of Super-Heroes & Brainiac 5 had green skin. (Guess he couldn't resist subconsciously giving his enemies a clue.)

While I don't think it was intended as a Bat-outfit ripoff, Catman's outfit looks like one.

Lightning Lord's outfit looked like Lightning Boy's costume, but by the time they met LB had changed his name to Lightning Lad & got a new costume. (Well, technically he was Lightning Man in publishing order.)

Of course the Sinestro Corps pic shows the Cyborg-Superman who wears a costume of guess who? (Can't believe I didn't think of that until after I posted. D'oh!)

Grant Morrison's version of the Injustice Gang started out by sending evil colored dopplegangers of the JLA with skulls for their emblems.

is the most classic sense of irony, if the superheroe dress white, the enemy dress black, this is the perfect circle of the good and evil, is like the ED and the solution Buy Viagra.