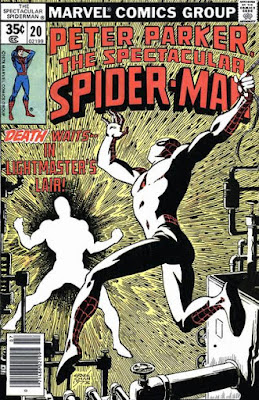 Considering he's basically got the powerset of Sinestro, I'm not sure why Lightmaster doesn't click.  But he doesn't.

But we've gone this far, so let's check in on his henchmen: 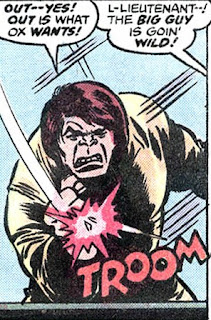 So, Ox doesn't want to answer any more questions. 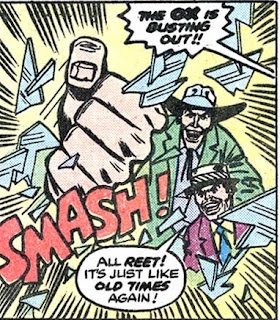 He could have just asked for an attorney, but I suppose this works as well. 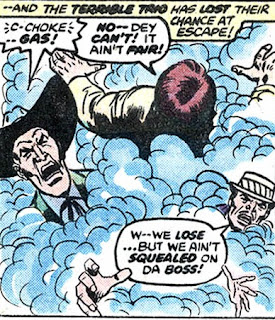 Okay, so we have a room filled with knockout gas.  Why is this important? 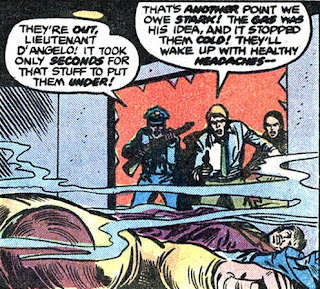 Because apparently Stark came up with a formula for gas that won't go through a large open area into an adjoining room.  Never underestimate the technology of Stark Industries.

But just in case we forget the real issue: 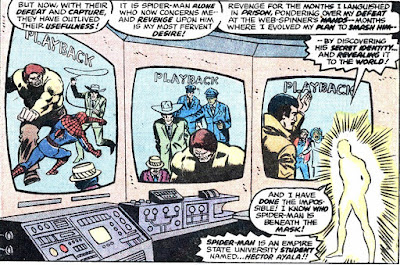 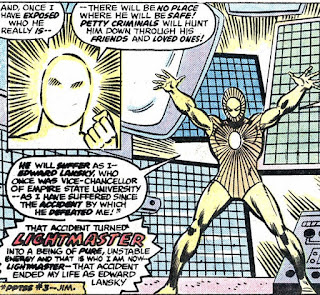 Well, he may be a being of pure, unstable energy, but there's nothing wrong with his mouth, am I right?  I'm not sure who he's talking to, but he do love him some recapping! 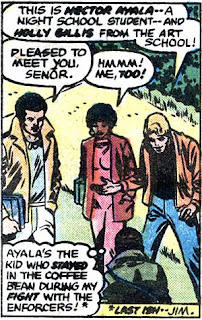 Oh, man.  It's art major Holly Gillis.  I thought we were through with her. 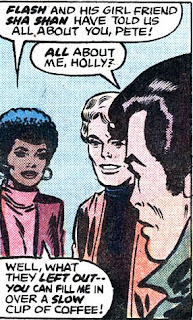 We can meet for coffee and talk about what an artist I am, even though I haven't been shown actually creating anything in the last several issues.

Thank you, Lightmaster, for interrupting that scene. 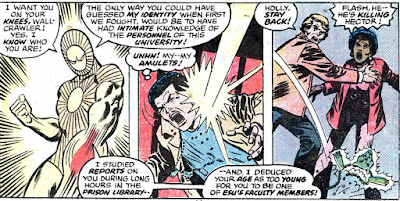 Whoops!  Losing those amulets is a problem. Considering they are directly tied into Hector's health, you'd think he might protect them by at least wearing them under his shirt. 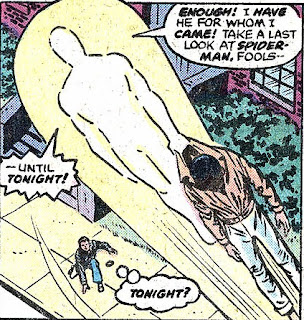 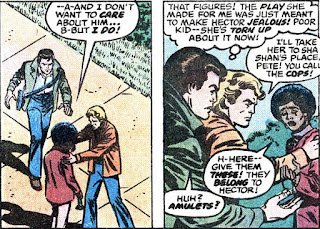 Ah... Holly is playing games.  Gee, I've never seen a girl who played games with a fella's emotions before.  Only in comics, right? 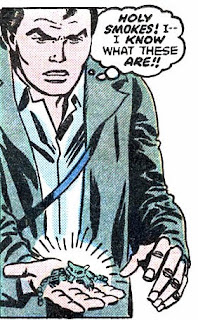 Yup! Peter had not only seen them on the Sons of the Tiger back in Marvel Team-Up, but he had run into the White Tiger a couple of times... who again, wears the source of his power and his very life on a strand flopping around his neck. 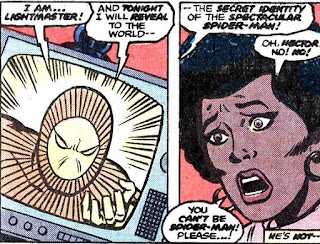 This is actually a pretty good twist.  Let's watch it happen: 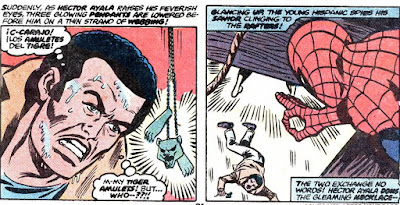 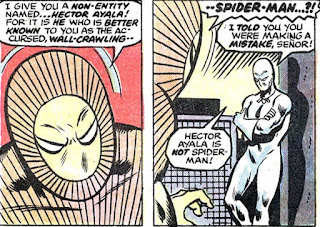 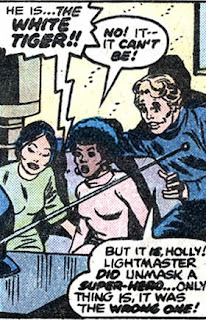 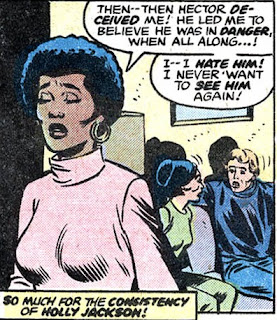 So, Lightmaster has pulled off a rarity: Exposing a hero's secret identity to the world.  He's in the big leagues now, right? 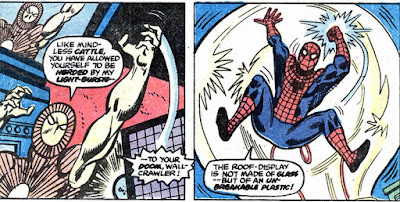 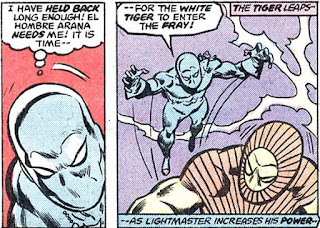 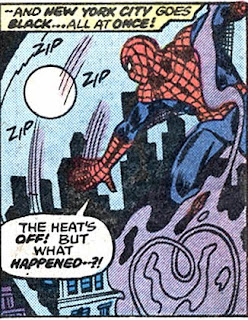 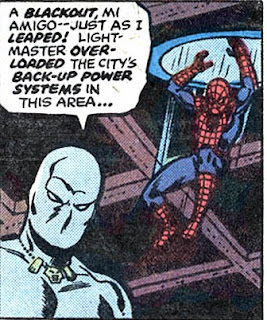 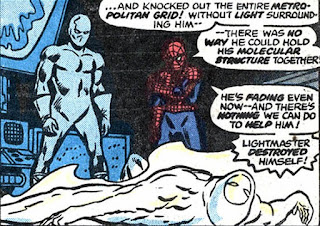 Nope. He was taken out by nothing more than a power outage. Spidey and the Tiger didn't need to do a thing.  That's not quite as bad as dying off-panel, but still...  Ouch!

Boy, it's been a while since I read these turkeys. I remember that White Tiger was in them, since they were written by his creator Bill Mantlo, but I've no memories of apparent girlfriend Holly Gillis at all. Assume Mantlo invented her for this series, but I suspect she disappeared from continuity once he wasn't writing this title any more.

What a piece of crap!