Howdy, my people!  Let's get back to PPTSSM: 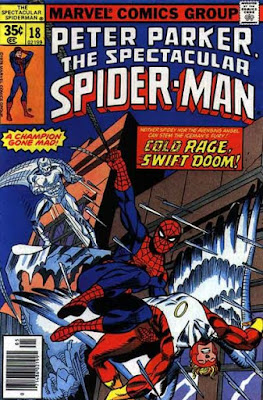 You know, I was originally opposed to having the Angel retooled later as Archangel, but I'm starting to see that his role has been primarily to get his clock cleaned so someone with a more aggressive powerset can get the job done.  I've always like the character, but he ain't exactly Hawkman. 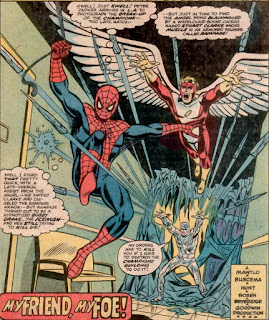 Do you think the Angel hit his head on that ceiling a bunch of times like a bird would?  I'll be he did and it was just too hard to draw. 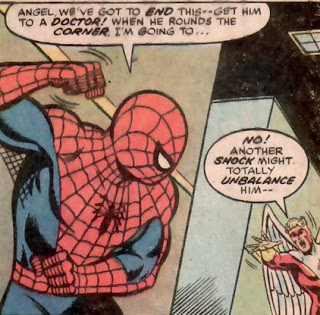 Okay, let's take note of what Angel said there: No sudden smacks because it might "totally unbalance" Iceman, whatever that means.  I don't think Angel picked up his M.D. in psychiatry at Xavier's School for Gifted Youngsters, so I'm not sure why Spider-Man acquiesces that point.

Oh, so Angel is also there to shout "look out!"  That's fair.  In addition to getting his clock cleaned, he shouted a lot from his vantage points, so I guess that's something.

But let's see if he can fight: 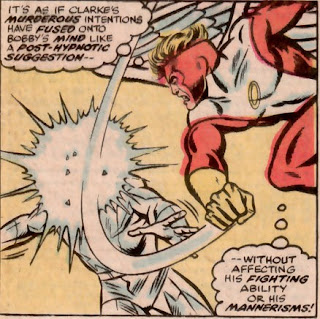 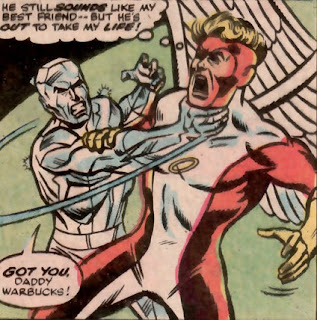 Nope.  No, he cannot fight for diddly.  To be fair, I think that hitting a guy covered in ice would be pretty difficult if you weren't at a higher power level. 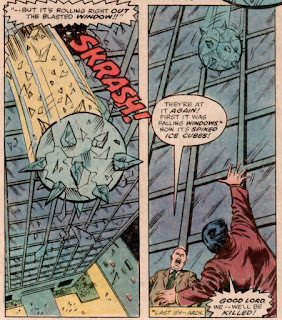 Well, that was a pretty good sequence.  I mean, Spider-Man is all about saving folks.  But I'm thinking that was just to get him out of the way to pad the story. 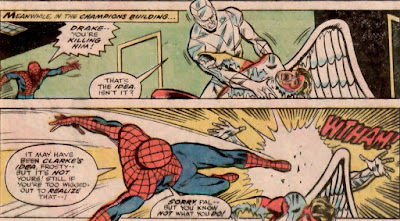 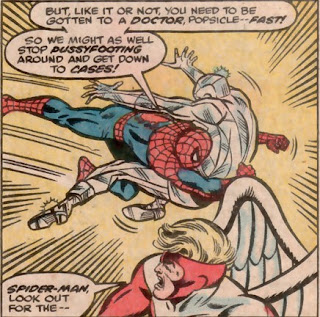 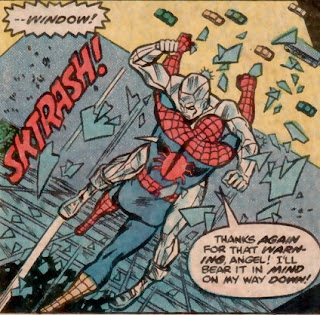 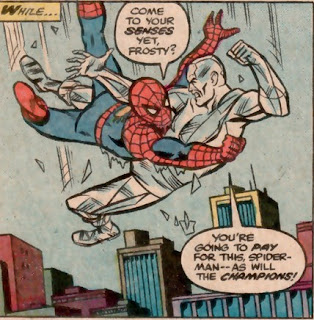 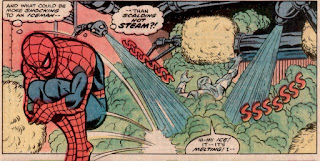 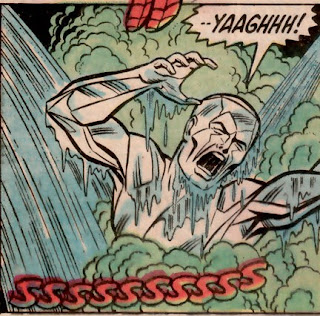 See?  Boom.  Spider-Man shows up and the whole thing is over in less than 10 panels and that included rescuing the Angel. 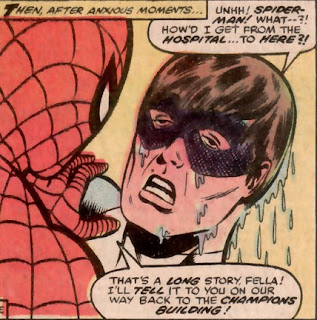 And for no real reason, Iceman is totally fine now.  It's the"She falls down a well, her eyes go cross. She gets kicked by a mule. They go back. I don't know," method.

And Angel deals with some middle-aged lawyers because that's really about his level: 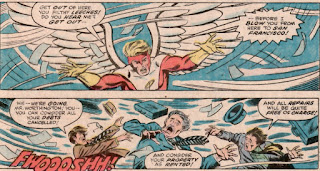 Um... wait... they conspired to destroy the Champions building?  Why is this?  Who was behind it?

Eh, no one cares.  We never found out. 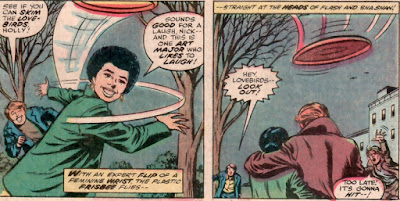 Okay, first: Doesn't it sound weird that Holly describes herself as an art major to her friends?  She must be really insecure about her talent.

And are people seriously over-reacting about the damage that getting hit by a frisbee is going to actually do?

Seriously... it's a plastic disc.  I'm not saying it would feel like a scalp massage or anything, but they're acting like they were almost hit with something out of God of War.

Totally lemming-like N superficial.
Grow-up.
How?
Repent N believe.
Join this sinfull mortal Upstairs
instead of on the whorizontal.