In Which Captain Nazi Reminds Us He Can't Fly and Apparently Won't Survive a Long Fall, Either.

Sorry, gang!  This week just bludgeoned me.  I will be taking a vacay next week, but we'll be back on Monday, September 19th.

But before we go, let's take a look at Master Comics #27: 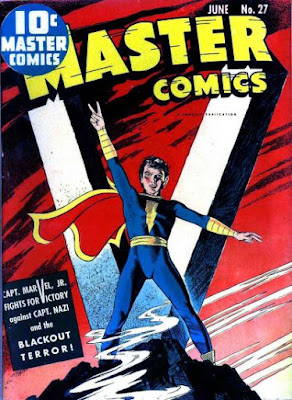 Be forewarned that this was a microfiche copy, so the quality is pretty bad.  I often just skip microfiche issues altogether because it's so unpleasant on my peepers.   But you'll find this was a pretty landmark issue and worth the eyestrain.

You may recall that Captain Nazi had been caught in an explosion and was presumed dead. 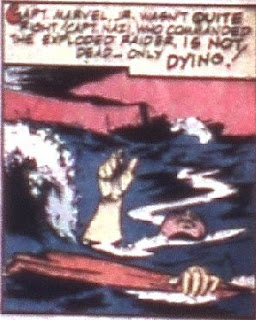 But I love hating him too much for him to die, so he's found by some British fishermen:

And they bring him back to health: 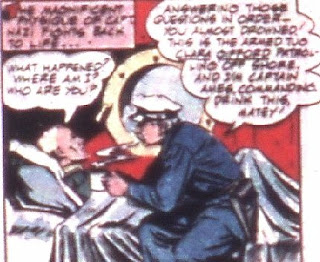 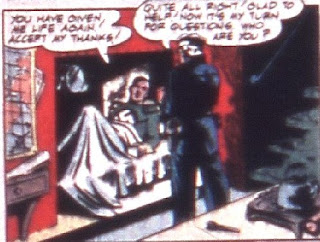 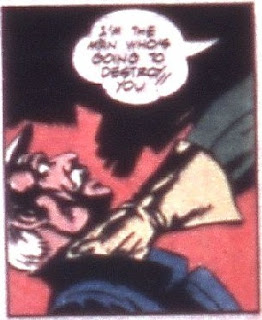 You just can't be nice to some people.  And a guy who calls himself "Captain Nazi" will always be one of those people. 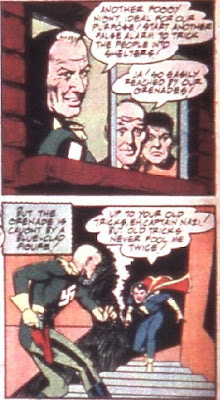 But Junior isn't having it: 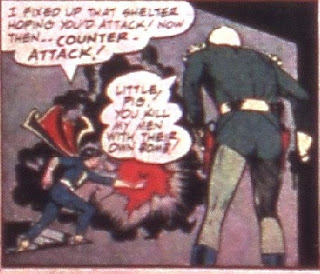 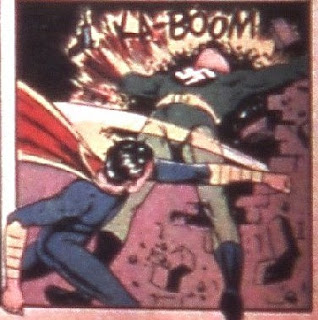 Anyhoo, Captain Nazi momentarily escapes to hop in a plane and lead an air strike on London: 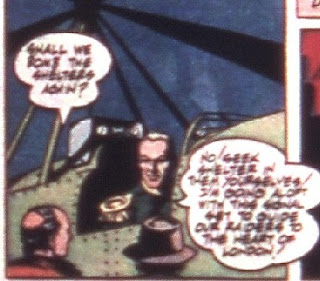 And again, Junior isn't having any of it: 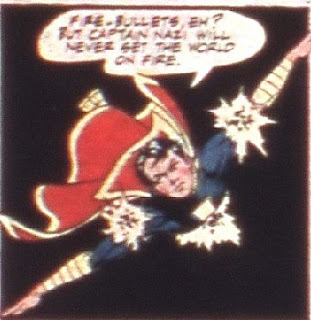 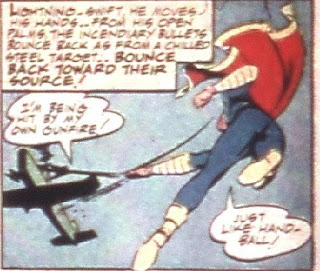 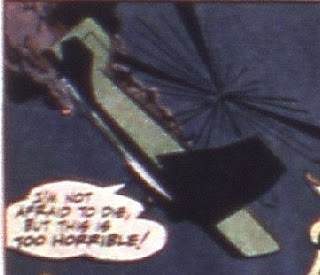 Well, you really lost your right to complain about the burning once you shot another guy with flaming bullets.

So, Captain Nazi tries to commit suicide, reminding me that he can't fly even though I often think he can.

But once again, Junior isn't having it: 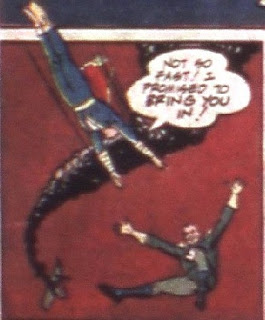 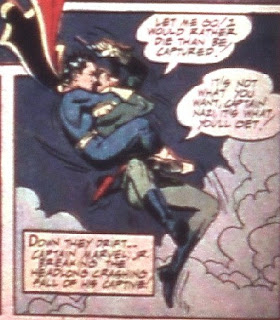 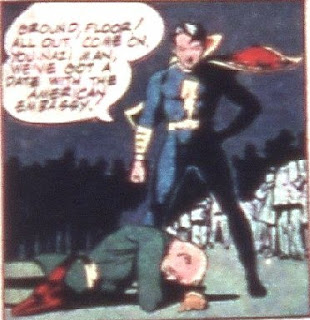 That's right!  Off to the embassy with you! 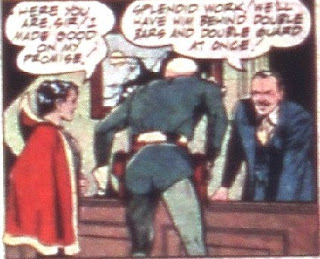 Hmmm... I don't know that we should put Captain Nazi within grabbing distance of the American Ambassador, but no one asked me. 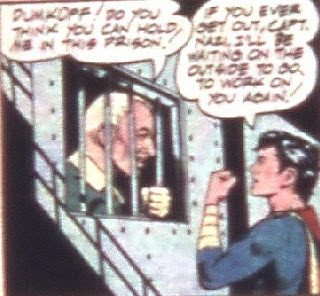 Yeah!  Think about that!  Junior is the mean one in the Marvel Family, fella! 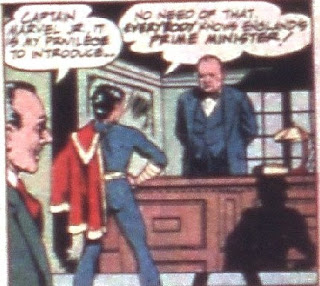 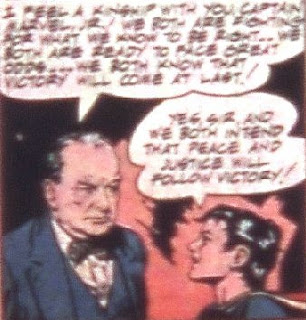 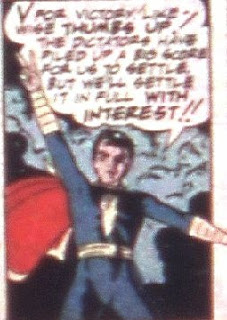 And there you have it.   Of course, this was not the last time we'd see Captain Nazi, but it seems that the idea was to put a pin in his storyline... at least for now. 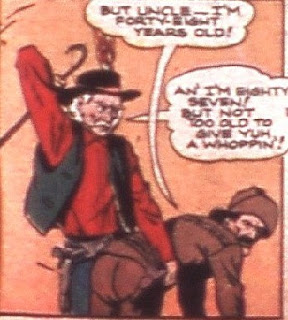 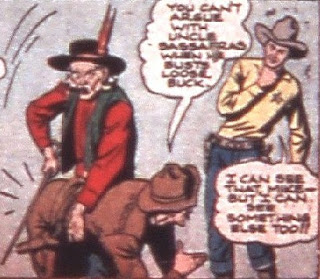 That was extra awesome!