So yesterday we were talking about the rut that CMJ tends to fall into with the repeated battles against Captain Nazi.  I think the creative team finds itself in a bind because CMJ's stories aren't as silly as Captain Marvel Senior's, so there isn't as much wiggle room. 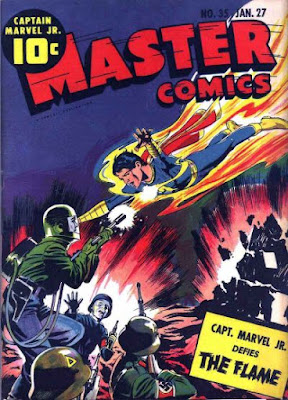 With an awesome cover that unfortunately has nothing to do with the story inside, we pick things up thusly: 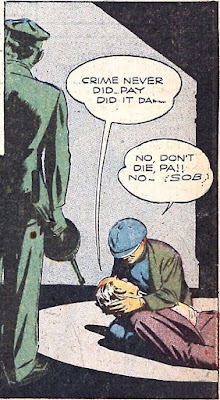 Your father's life of crime leads to his early death?  Well, of course you're going to take up a life of crime!  Look at how well that worked out for your father.  It's especially stupid because Danny Boy there was an aspiring musician, so it's not like he had nothing else going for him.

But he heard the siren call of REVENGE! (tm!) 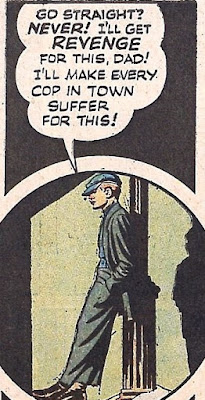 So, Danny gets his own gang in the most ridiculous way possible: 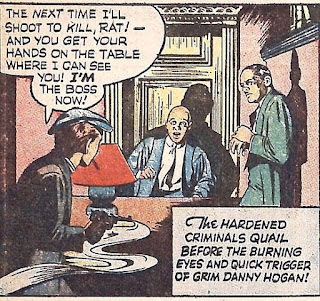 Uh-huh.  Until Danny turned his back and those criminals gunned him down. 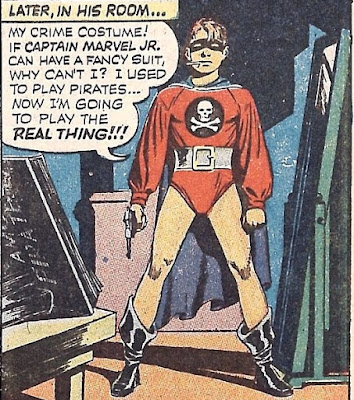 Oh, man.  I think I liked my "and he was gunned down by the criminals in an attempted gang takeover" storyline better.  Off to the Costume Hall of Shame (tm!) with you!

And this goes about as you'd expect: 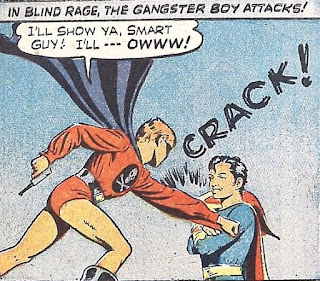 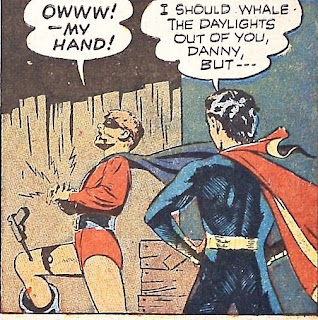 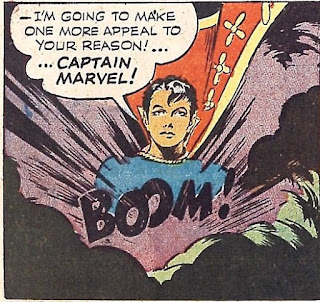 What?  CMJ, use some sense! 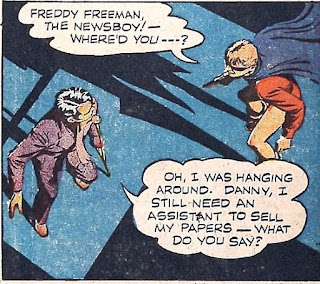 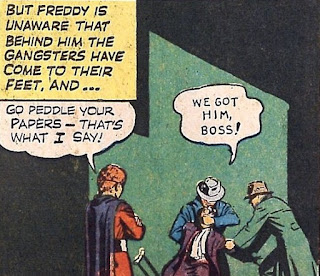 See?  That's what happens.  Reason either works, or someone is determined to learn the hard way.  Guess which route Danny was taking?

And it almost got CMJ killed:

And then things were back on track: 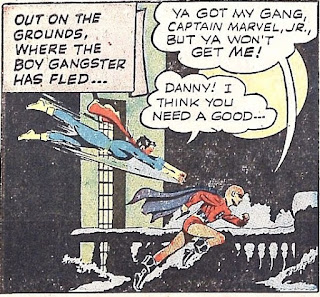 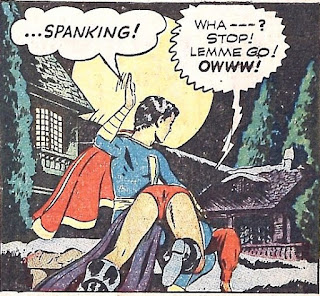 It can't be all bad if it ends with a Random Spanking! (tm!)

But it certainly wasn't good. 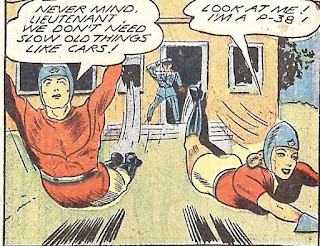 Please, Bulletgirl, we already have silly costumes.  Could we go fight crime with SOME dignity?

That's it for me!  See you Monday!

It seems kind of wrong to swear a vow of revenge while leaning casually against a lamppost.

Funny how the finishing touch to the kid's "costume" was a cigarette hanging from his lip. Lots of movie heroes smoked cigarettes, but in the comics it was pipe=good guy, cig=bad guy.

i'm continually excited to see these new CMJ panels and covers. I always knew the art really good in these, but I'm amazed over and over at how far above the Golden Age norm it was. Along with the overall fine drawing, there's the extra
little things, like the natural posture and high-key lighting of the kid leaning against the lamp post, or the great perspective and perfect anatomy in that birds-eye view of the kid and Freddie (along with dynamic shadows). Great, great stuff!