Wow, things were higgelty-piggelty here at CMNS, weren't they?  Monday's post appeared on Friday, nothing new until today... gives you an idea of the kind of week I've been having.

Anyway, by the time we get to the 33rd issue of Master Comics, I find myself wondering if folks weren't finding the CMJ formula a little stale: 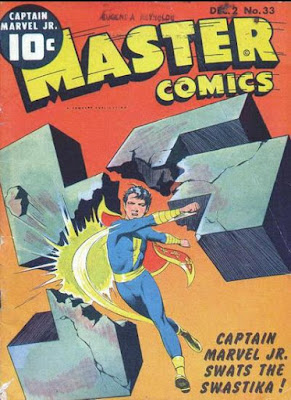 You know the drill by now: Captain Nazi escapes, does something awful, gets his butt kicked, repeat: 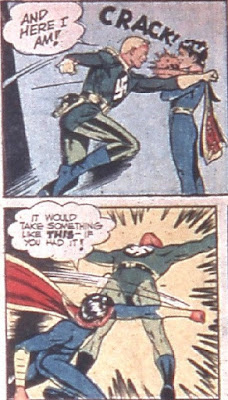 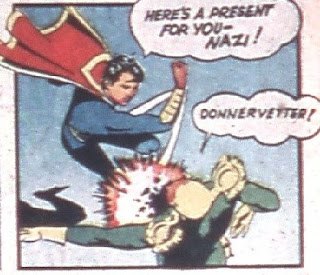 Well, they must have figured that as satisfying as it may be to punch out a Nazi, it was something of a rut.  So the next issue gave us something new: 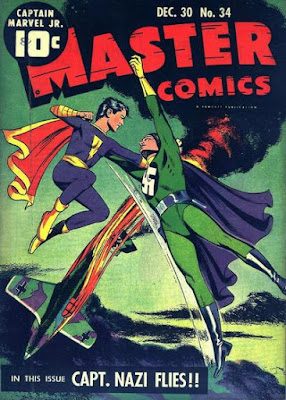 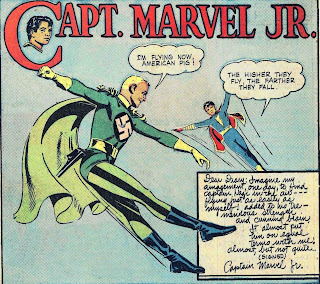 It's a shame they didn't keep the purple cape, because it was much cooler.

Anyway, Hitler was apparently also getting bored with the repeated thrashings: 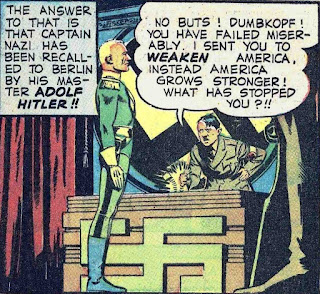 so there's an upgrade... 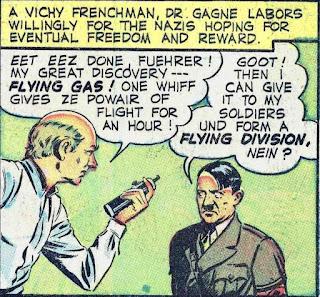 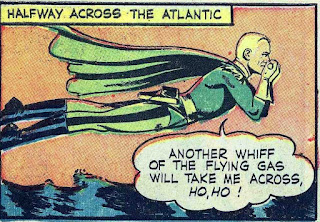 which we all know will not go unchallenged: 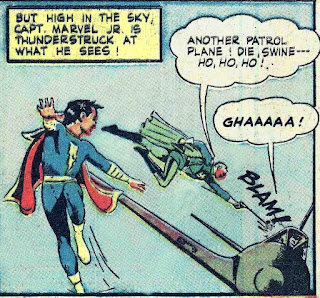 and it leads to aerial fights for something of a change: 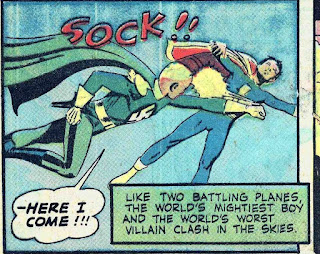 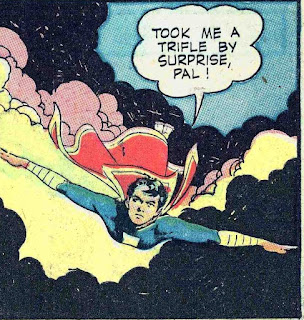 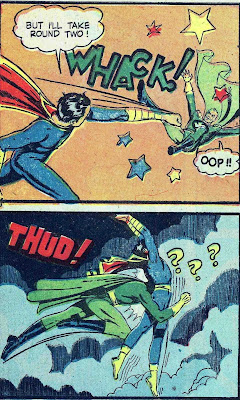 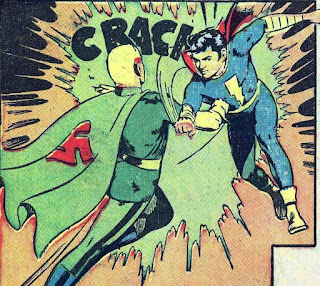 but apparently, being able to fly isn't making him any tougher.

Anyway, don't forget he's got to top up: 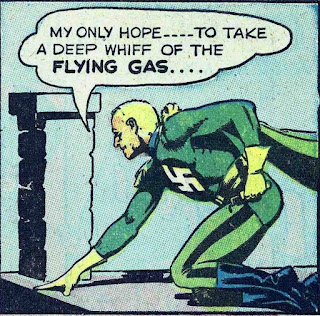 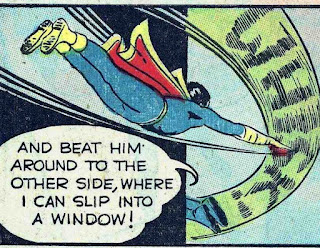 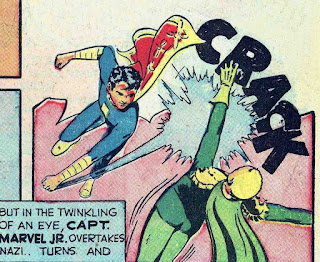 And then we have this: 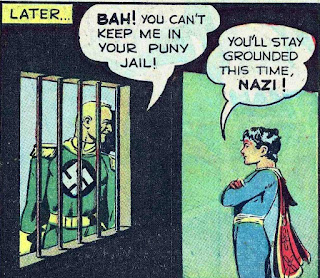 Yeah, CMJ... love you like I do, I think Captain Nazi is probably right on that one... he's going to escape again. 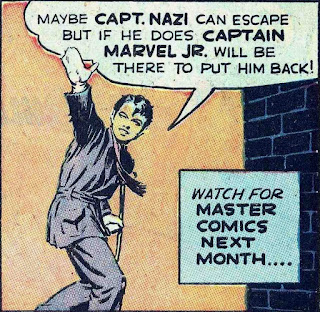 Meanwhile, I've said it before and I'll say it again: 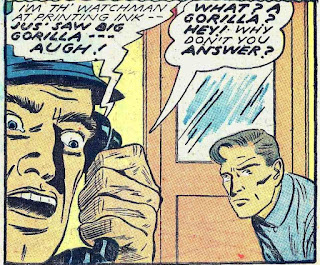 Don't use a phone in comics.

Hey, did he say gorilla? 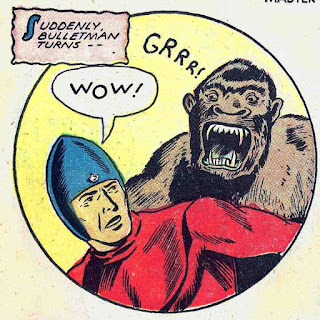 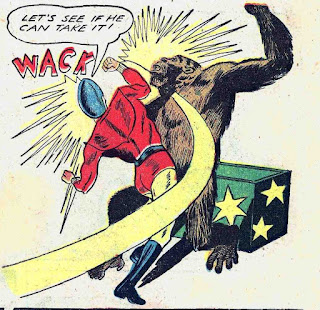 I'll try to keep up better, folks!  See you soon!

There's something sublimely comic-book about a flying super-villain, strong enough to tear the tail off an airplane, taking pot shots at his victims with a Luger.

I suppose today's readership would feel queasy about a comic character (even being a villain) who had to sniff something in order to get high, I mean, in order to fly.