In Which Batman Fights Aliens and Gum-Swallowing Mobsters 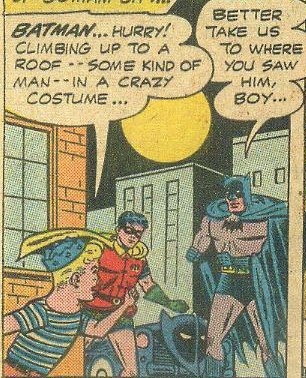 Hmmmmm.... I'm not sure I appreciate Batman's tone there.  Not that the kid's hat commands a lot of respect, but still.

Anyway, up on the roof: 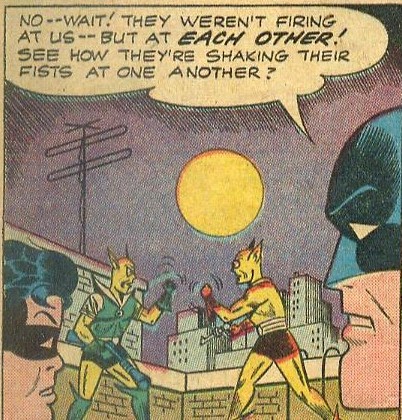 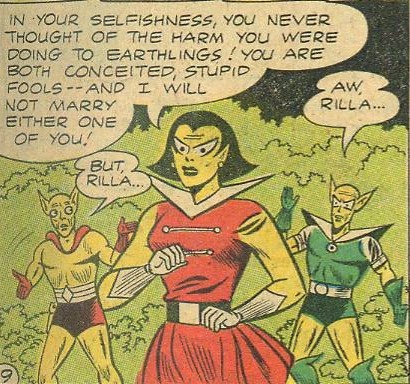 This made me pause: 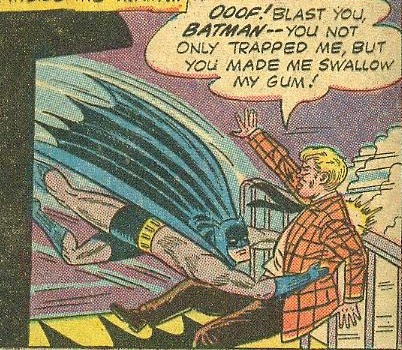 Soooooo... is the guy waiting for an apology?  You know, not so much for being arrested and all that, but for Batman making him swallow his gum?  He's kind of being a big baby about it.  There aren't any negative health effects from swallowing gum... unless you consider involuntarily having chewing gum in your poop to be a terrible thing.  Not that it's a good thing.  I don't know... we've kind of wandered off topic. 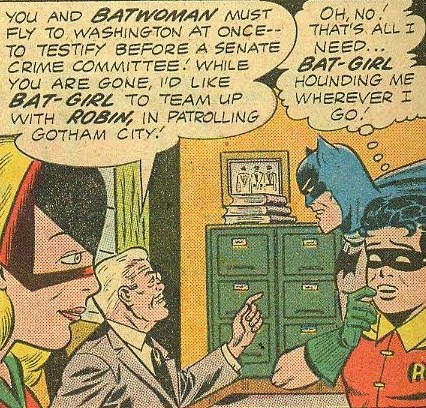 Well, Robin... it's not like you actually work for Commissioner Gordon.  I mean, no one in the room wearing a mask actually has to jump just because he says, "boo!" or anything.

But Robin ignores his gut instinct.  You should never do that.

Here's a letter that tickled me: 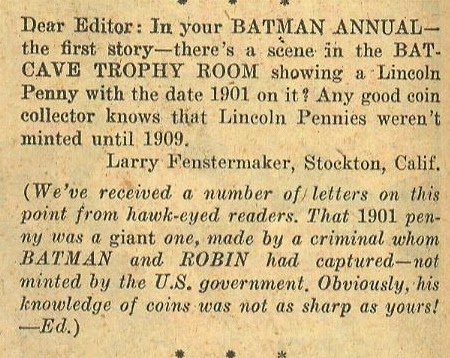 Does the explanation in the letter column mean DC is eligible for a No-Prize?