Now I am Indeed - BULLFROG!

Well, my lovelies, I'm afraid this is the last post before I take a week off to enjoy the Thanksgiving holiday.  Let's meet back here on Monday, December 2nd! Meanwhile, enjoy this... this... well, I'm not sure what it is, but it came from the Hangman story in Pep Comics #32:

Pagnini was an opera singer by trade.  He was apparently hired without an audition, because the producer decided after Pagnini performed that he didn't care for Pagnini's voice.  I guess that's how opera worked back in the day: 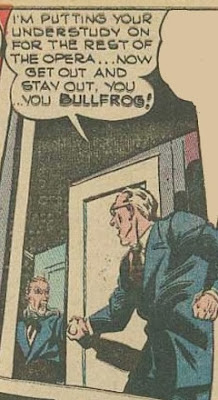 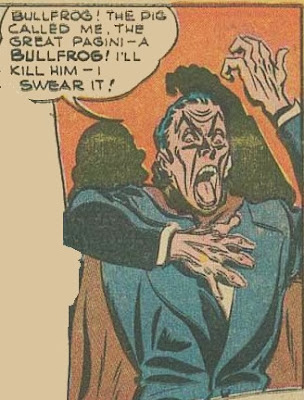 Yes... you see where this is going. 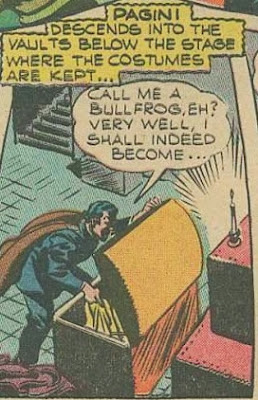 Of course, this predates Marvel's character, the Leap-Frog, by a good 20 years.  But while the Leap-Frog is fun because (a) no one takes him seriously and (b) the Leap-Frog has those springy boots so he can jump really high, Bullfrog has neither of these things going for him.

He does have one thing going for him, though: 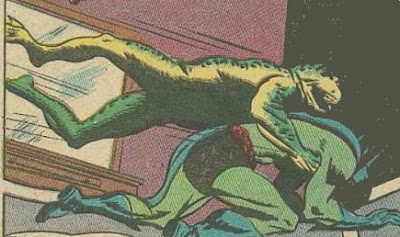 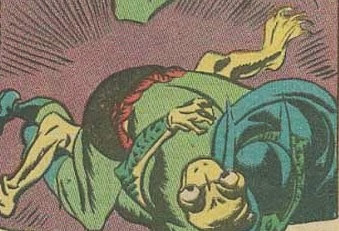 Yes, despite the sheer ridiculousness of the fight scene: 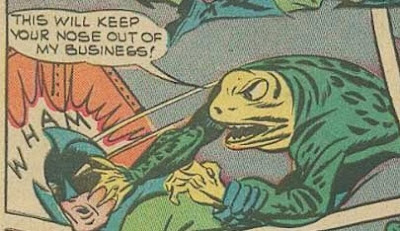 Now, if I were the Hangman, I'd kill this guy before anyone could find out I lost to him.  Which is pretty much what happens: 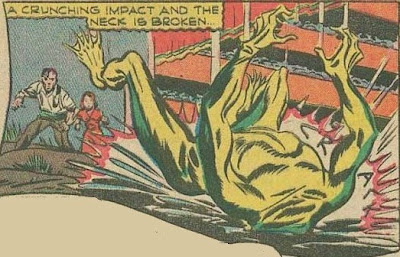 Fare thee well, Bullfrog.  You were a dreadful character, but you were plenty silly enough for our purposes.  And you gave us moments like: 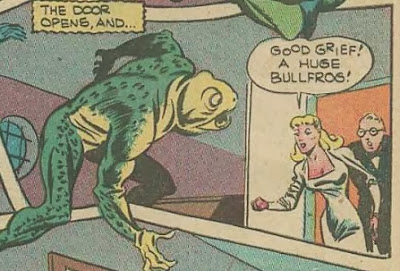 Thank goodness there just happened to be a bullfrog costume in the theater that fit Pagnini perfectly, or we would have missed out on his beautiful, tragic life. 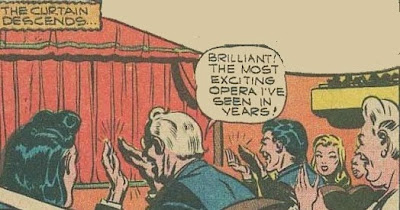 Thank you, thank you.  You are too kind.

See you on December 2nd!

So they were applauding because they saw a guy get killed on stage? Kind of harsh.

I was going to jeer at the idea of an opera company having a frog costume, but I guess it's just possible they were doing Aristophanes' Frogs.(not an opera, but it does have singing)

They may have thought that it was an intended part of the show. It has happened in several tv shows and movies as well as in real life.

I love how harsh that opera manager is. He's just like some biker bar owner dressed up in a suit and with his hair cut.

And I love how he just puts some dude on stage and then gets all pissed like that after the show.