It's hard to believe that we're not going to talk about Roy Revenge, but we must move on!  On to All-Flash Quarterly #3!  But before we can read the comic, we have to get past some well-meaning attempt to get us to read "real" books:

I googled Josette Frank, and apparently she was quite the busy little bee when it came to figuring out what kids would read besides these funnybooks.  She passed away in 1989 at a respectable 96 years of age.

Anyway, I dutifully read her recommendations, ever mindful that the presence of this list in a comic book indicated someone other than my father felt that there were better things I could be reading, and I came upon this: 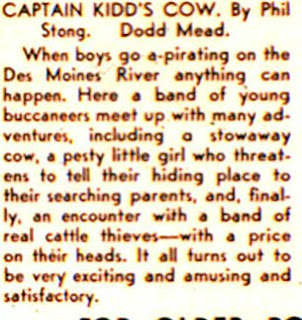 But what I really like about this review is how it just kind of wanes in enthusiasm by the end: Exciting!  Amusing!  .... eh, satisfactory.

Still, you've got to give the woman props on a life well-led.

Anyhoo, getting back to the comics: Since we apparently can't change the name of the comic to Flash Fights Roy Revenge Quarterly, which I think would have made gobs of money, we have a new bad guy in the form of Adam Addams.  He's basically a master of disguise, and I'm pretty sure he runs his own HMO: 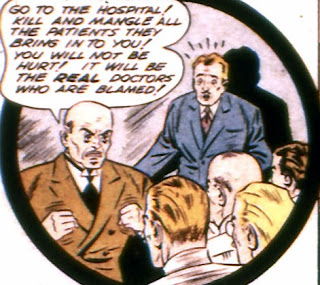 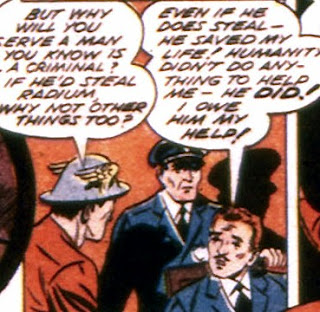 See? See?  This is why we need a single-payer universal healthcare system in the United States.  Crappy medical coverage leads to crimes against humanity.

Anyway, doctors go around hoping to pick off people who are on Medicaid, but the Flash gets there first: 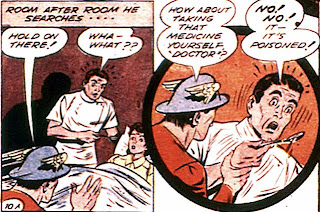 Tsk.  Are you sure that was pre-approved, doctor?  Poison costs money.  I'm pretty sure you were only authorized by insurance to suffocate her with that pillow. 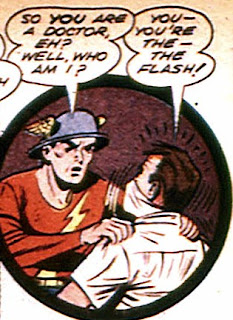 You just know that's a trick question, but what are you gonna do?  Anyway, here's the payoff: 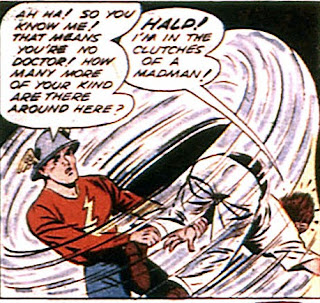 Ah HA! You KNOW me!  THAT means you're no doctor!

I don't follow that line of logic at all.  Maybe the Flash is such a B-lister that real doctors don't have the kind of time or extra mental energy it would take to know who he was? I don't know, but I give you Exhibit "A", Mr. Smarty-Flash: 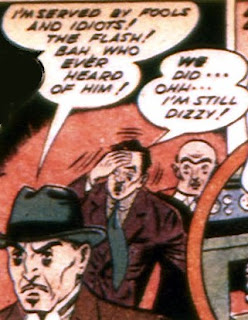 See?  Adam Addams is the worst bad guy of the bunch, and he doesn't know who you are!  So, it can't be that only bad people know who the Flash is, only that doctors can't know.

Hmmmmm... that's an interesting test to pull on your own physician.  Whip out a picture of the Golden Age Flash.  If your so-called "doctor" can identify him, s/he is clearly a fraud and you should immediately notify the appropriate authorities.

Email ThisBlogThis!Share to TwitterShare to FacebookShare to Pinterest
Labels: Adam Addams, cool phrases I'm going to bring back even if I have to do it myself, doctors, flash, golden age, real books

If this isn't the best ad for decent health care around, then I don't know what is.

"Not only do we know who YOU are, but all of us know who your girlfriend is, too! Intimately."