Dear Ones, it amazes me that I used to be able to crank out posts five days a week.  It's not for lack of wanting to, I think I'm just getting older and it's hard to find time.  Thanks for bearing with me!

Just for fun, I took a look at Daredevil Comics #5 from the Golden Age!  It starts with a couple of messages from the editors: 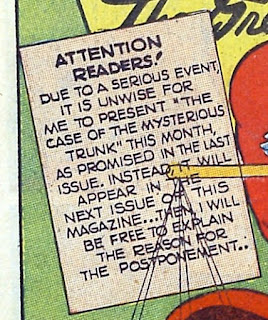 Okay, I'm totally picking up issue #6 because I've got to know what that was all about. 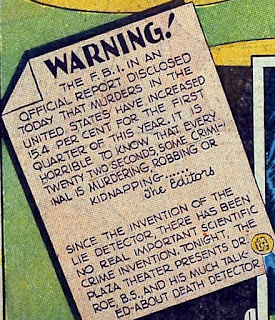 Someone is murdered, robbed, or kidnapped every twenty-two seconds!  Enjoy your comic book, kids!

The lie detector is pseudo-science, by the way.  Just putting that out there.  Anyway, let's check out the death detector: 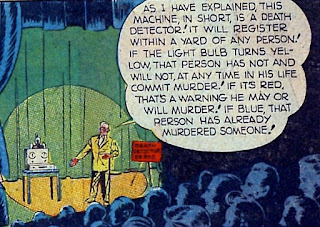 So, it isn't a "death" detector so much as a "you got murder in ya" detector.  Moving on: 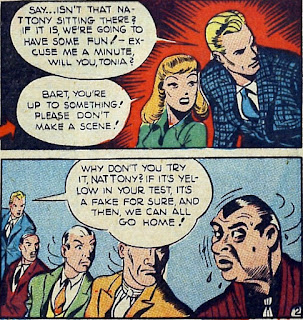 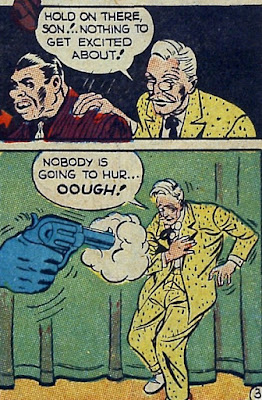 Hmmmmm... I don't think we need to run the test on Nattony.  I mean, I'm no scientist or anything... 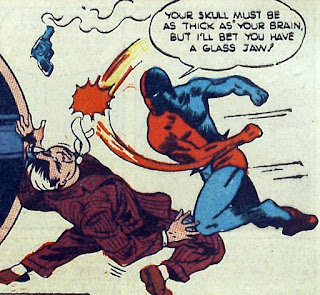 Hey, doesn't Daredevil not talk?  Or is that just with the "Death-Defying Devil" relaunch?

So, you'd think that would be the end of that, right?  Nope.  Daredevil grabs the machine for safe keeping and is asked to deliver it to the government.  And no less than twelve bad guys are dispatched to keep that from happening.  Thusly:

These days, that would be a summer crossover event in every title put out by the Big Two.  But Daredevil Comics says, "Oh, these twelve guys?  Psh.  I've got so many ideas, I'll take them off the board before this introductory story is even finished."

And danged if that doesn't happen.  Watch: 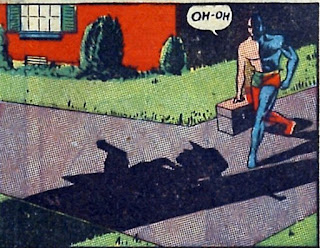 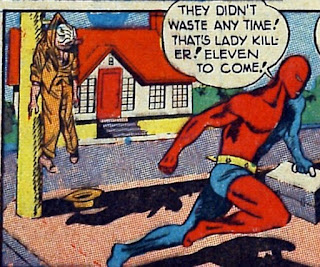 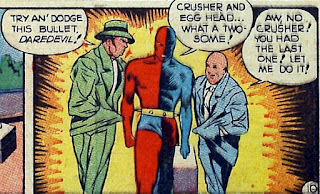 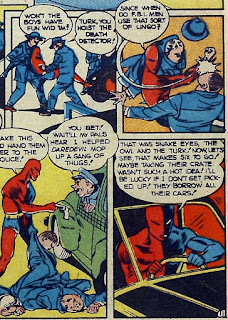 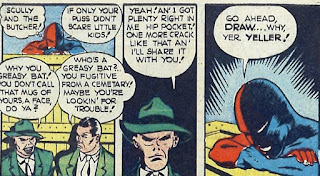 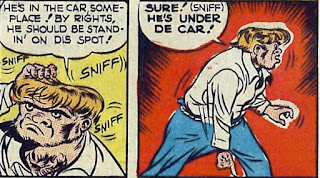 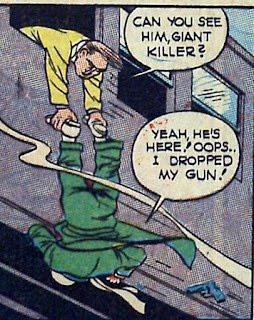 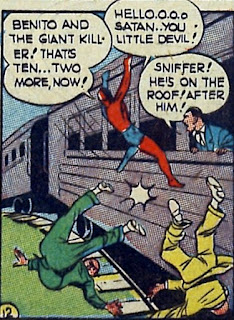 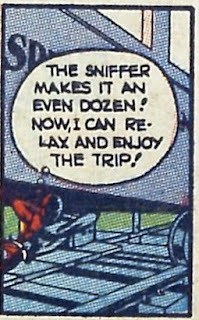 You know, I've got to give it up for Daredevil Comics.

And then, in a complete break of kayfabe, Daredevil invites you to ask that they be brought back for another beating:

I know comics aren't real, but do we have to have the hero tell us this is all made up stuff?  I mean, they were pretty fast and loose with the caption boxes when this thing started.

Still a great story, though.

Perhaps The Single WHAT Golden-Age Comic Story Ever?

Was Sniffer a Dick Tracy character with a bad agent?

Well, Kid, I started to say, "Greatest," but I don't know that it was. So, I decided that it was just particularly Golden-Agey.

anthrax2525, I agree... he looked pretty peculiar all-around, considering his only gimmick was his schnoz.

I feel like the Sniffer was an early inspiration for Wolverine. Heightened senses, short stature, and scruffy look, can't just be a coincidence.