Okay, I'll get back to PPTSSM after I get through a few more Daredevil Comics.  Also, programming note:  I am taking a spring break for the next couple of weeks, so there may not be any posts until June.  Hey, I'm lucky my rickety self can crank out what I do these days.

Also, watch I, Tonya if you haven't already.  Brilliant.

Anyhoo, let's plow into the story that appeared in Daredevil Comics #6 instead of the "Mysterious Trunk" one we saw yesterday.  The first thing I noticed was this:

Wow, that went dark in a hurry.  Before the turn of the century, I don't recall very many kids dying of violence on camera.  Sure, you'd have the occasional kid dying of a rare disease whose last wish was to have Superman fly him around the world and take him to the Chicken Ranch in Vegas who would bravely pass at the end, but that was about it.

Anyway, our shooter gets an offer from the prison doc to escape before the strap him to a chair and pull a The Green Mile on him: 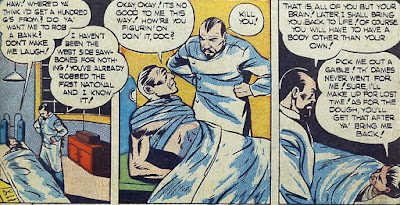 And so it begins: 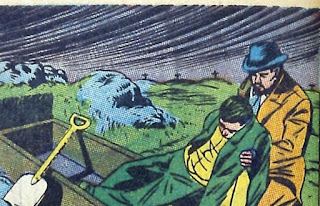 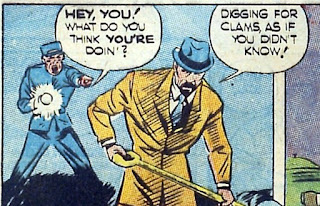 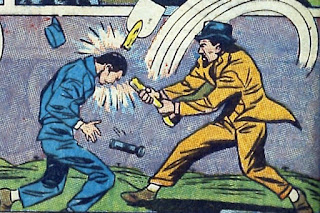 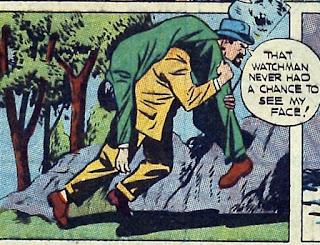 Um... you broke a shovel over that watchman's head.  I think whether he saw your face or not is a moot point. 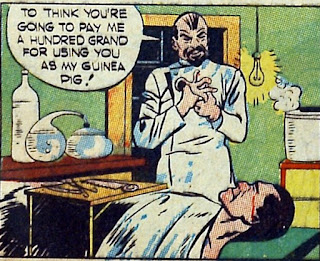 And so, a little nip and tuck leads to:

Yup.  He's now a wolf.  Fortunately, people don't seem to recognize wolves when they see them: 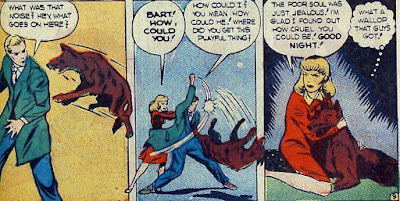 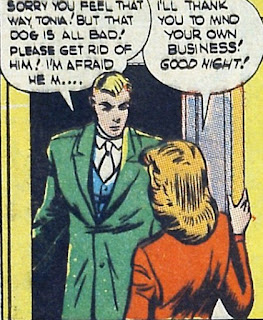 See what I mean?

Hey!  It's time for Fun with Out of Context Dialogue! (tm!) 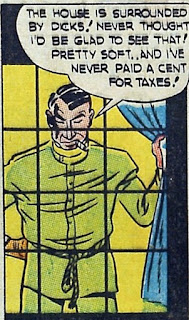 And here's a bonus Fun with Out of Context Dialogue! (tm!) 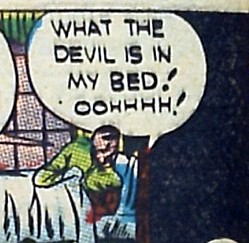 Anyway, back to the wolf thing: 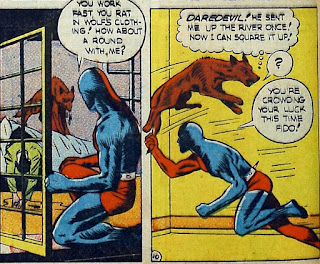 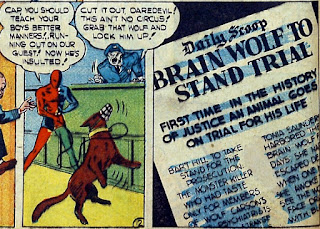 Yes, the guy who couldn't figure out that a wolf wasn't a dog somehow pieced together that a mobster's brain was in the wolf's body.  Because REASONS! 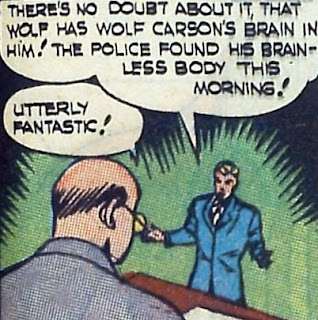 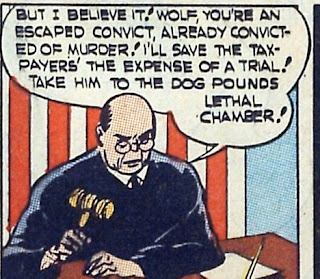 Is that kosher?  I mean, if you're a human being in a wolf's body, do you lose all of your rights as a human being?  This is a very disturbing precedent.

See you in a couple of weeks, hepcats!

I'll save the tax payers money by saying to hell with due process! LOL

That's an interesting question. Do you still have constitutional rights if your brain is in an animal's body? Should you be classified as a human or an animal? When will the SCOTUS rule on this matter?