Okay, gang, you know how I loves to see things in comics and then see what I can find out as things spilled over into real-world history.  And many of you are much better at it than I, so I'm going to submit this to you and see if anyone can clue us in as to what the heck happened.

Remember in the previous post, Charles Biro put a caption box in the Daredevil story saying he couldn't run a story called "The Mysterious Trunk" and was really cryptic about it.  He promised he would run it in the next issue, but I opened Daredevil Comics #6, and this is what I found: 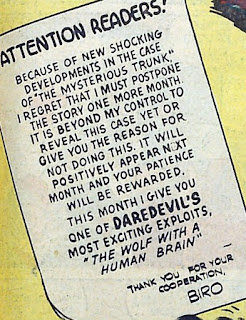 At this point, I started wondering if this wasn't some brilliant marketing scheme to get readers committed to buying the next issue.  It would actually be quite clever: Promise something if your followers will just stick with it and always be unable to completely fulfill the promise... but you'll be able to someday!  It works for religion.

Anyway, I found the next issue courtesy of the good folks at Comic Book Plus and, sure enough, there was the story: 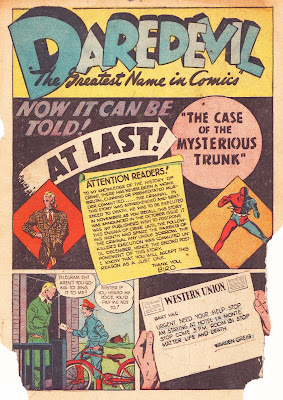 And now I'm more befuddled than ever.  This was a real case and someone got executed???

Well, I tried to find some more details on it, but haven't had any luck.  Here are the pertinent pages of the story, just in case it might jog someone's memory: 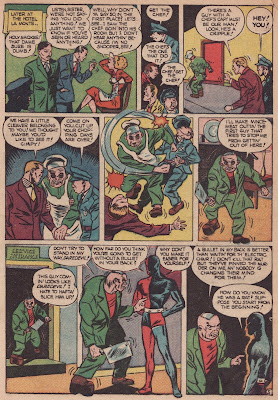 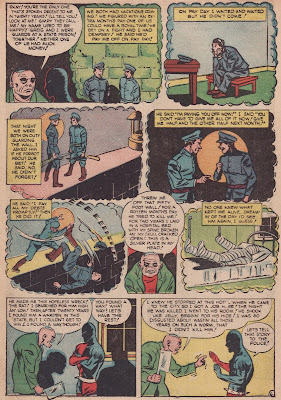 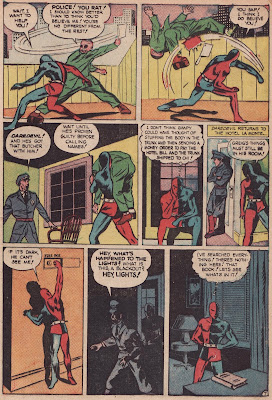 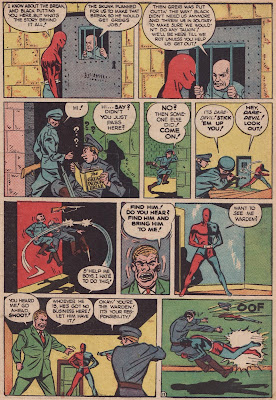 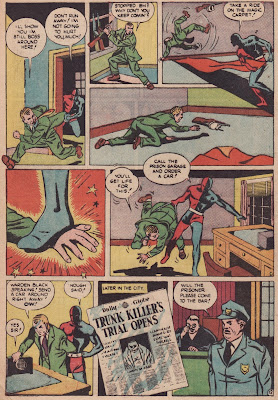 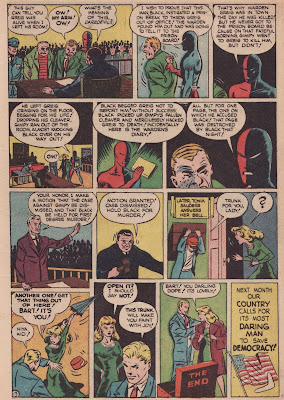 So, what do you think, campers?  Will we ever know the truth behind this odd turn of events?  Sadly, Charles Biro died in 1972 and I can't find any indication that he ever talked about the matter.  So, if anyone has any ideas, slap 'em in the comments!

There are several cases of murders involving bodies stuffed into trunks. All involve women as the victims or murderers. Here's one:

Yeah, it's just driving me bonkers not knowing which one we're talking about and how closely the story mirrors the real-life case. :-)

Superior writing for the Golden Age! I don't have anything to add to the mystery, but I do find it interesting that Daredevil seems to have a super-power that was previously unknown -- he can see in the dark! That could really come in handy for a masked adventurer.