In Which Spider-Man Works Hard, Not Smart

Okay, I'm sick of Master Comics so let's take a look at Peter Parker, the Spectacular Spider-Man just because.  And that's a long title, so it will henceforth be PPTSSM, which I think is the acronym that Marvel itself used. 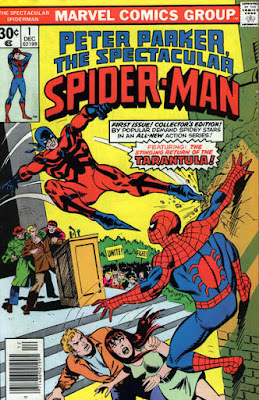 I remember picking this up as a youngster and admit I was pretty excited to see the Tarantula return.  I remembered his role as the Jackal's enforcer in the clone saga and thought he was pretty badass.  But I was eight years old.

To the story's credit, things start rolling on page 2: I didn't notice at the time, but how are Tarantula's henchmen going to kill anyone without weapons?  Those guys are either all kinds of tough or Tarantula wasn't much of a strategist. 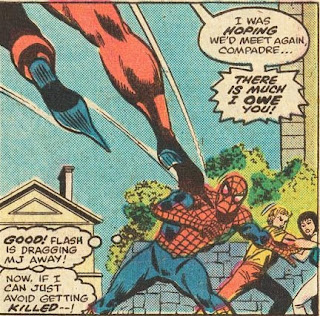 So, to review: Tarantula has nothing to go for him but some training and spikey shoes, putting him on par with the entire cast of Kinky Boots (which is an awesome show, by the way).  No superpowers, no proportionate strength of a tarantula, nothin'. 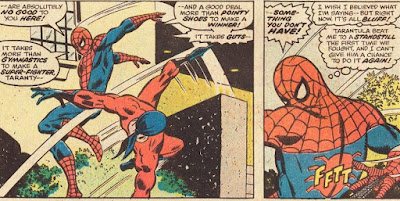 What does Spidey mean "it's all bluff."  No, he got it right the first time: The guy is a gymnast with pointy shoes. 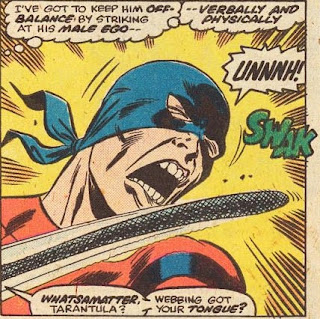 I was buying the need for all this caution when I first read the comic, but again: I was eight years old.

Okay, for reasons that are never explained, Spidey appears to have no Spidey-Sense. 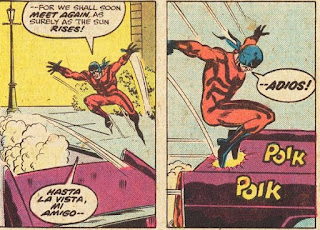 As an adult, I want to see a panel of Tarantula's men prying Taranty off the trunk of that car. 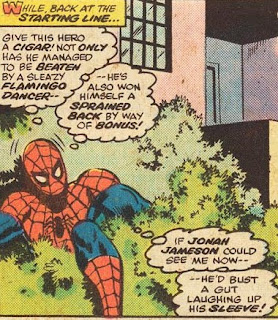 Well, I appreciate Spidey's self-awareness, but ... yeah.  That was pretty sad. 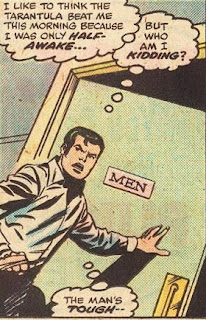 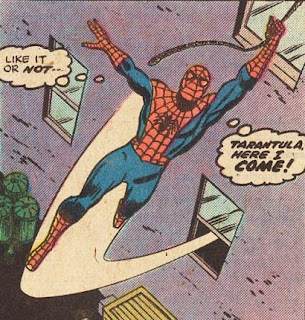 Wow.  You know, this was pre-Venom and all that, but even back in the day Spidey had a host of bad guys that didn't get in his head like that who were much tougher.

And then this happens. 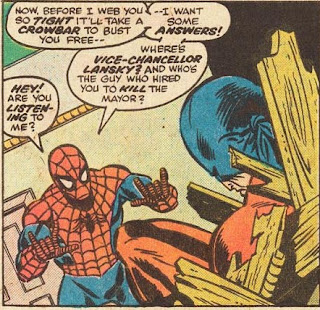 Well, you could web him up before you start the interrogation.  There's really no advantage to not. 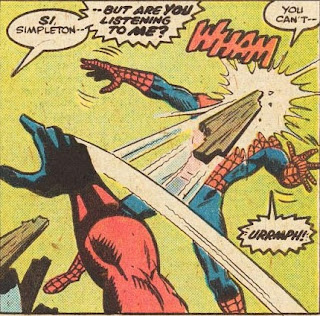 Seriously, where is the Spidey-Sense???? 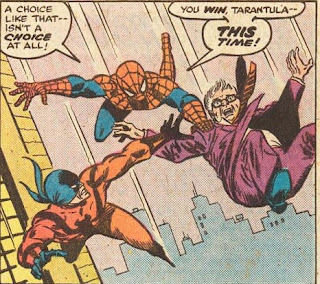 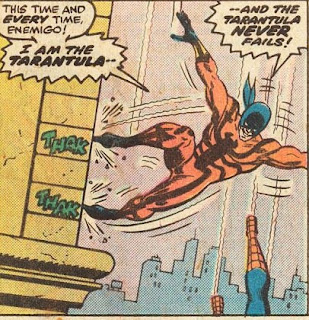 Hmmmm... I think Spidey still could have caught Taranty once he got the Mayor to the ground.  I mean, I don't know that it would take that long to get back up there.  You know, what with the weblines and the sticking to walls and all that.  There's also the matter of Tarantula being stuck there by his boots.

But Spidey really had himself psyched out here.  I bought it at the time, but just in case I haven't mentioned it yet... I was eight years old.

But as we all know, we were later given acknowledgement of how silly it was that Spidey had such trouble with Taranty and we learned the value of self-confidence.

I was considerably older than eight when I saw the Tarantula, and it was hate at first sight.