In Which Spider-Man Continues to Have His Powers Nerfed 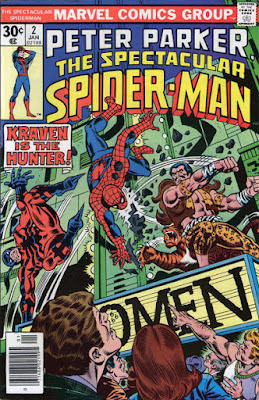 Anyway, whenever two super-powered types meet, they have to fight in lieu of a handshake, so here you go: 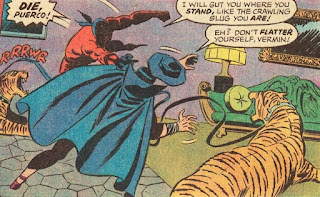 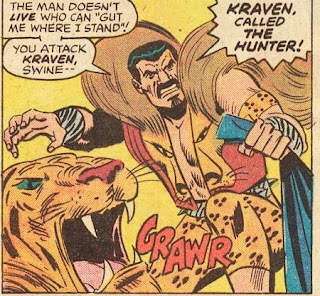 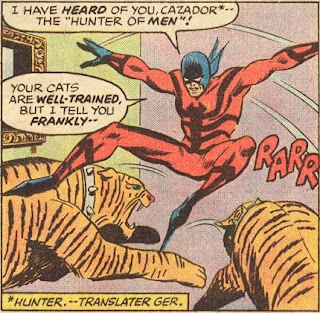 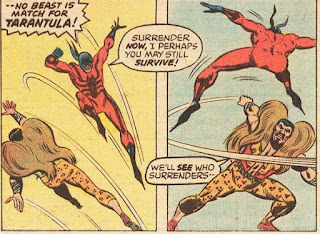 The fact that Kraven is having any problem at all really hurts his street cred.  This doesn't help, either:

So, this guy threatens to kill Kraven, and Kraven is all "how high would you like me to jump, sir?"  Granted, the underlying issue Kraven has with Spidey in this story is that his defeat at Spidey's hands has forced him to cut his hitman rates (yeah, not kidding here), but that's a lot of soft underbelly he's showing there.

Okay, first?  If I haven't eaten in days, we'll probably need to do better than milk and cookies, but it's a start.

Secondly... and I'm not trying to be cruel here, this is genuine concern... Aunt May needs to drink a crate of Ensure Plus every day until she puts on about ten pounds.

I hate to point this out, but the guards may not be able to run after Kraven and Vanilla Chicken, but they clearly have a clean shot at them, gun-wise.  I mean, especially when you consider they have to be going a bit slowly what with balancing on a jungle vine while carrying a full-sized adult human being in a gunnysack. I'm not trying to backseat drive here, but I sense there's a pronounced lack of enthusiasm coming from security.

Fun fact: I was in the martial arts club in college, and no one can hurt you in a bearhug if you have your arms at your side like that.  Especially if you have the proportionate strength of a spider going for you. 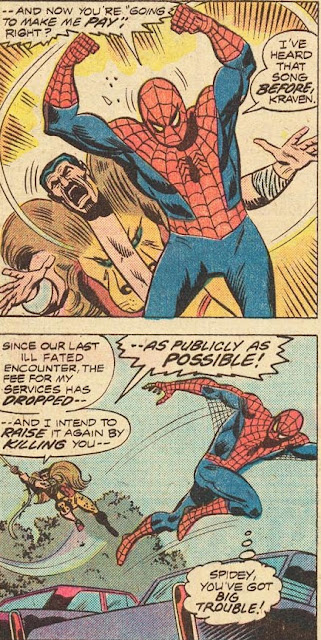 Oh.  Spoiler alert earlier about the whole, "you've made me cut my hitman rates" angle.  Sorry about that.

And Vanilla Chicken falls for the old "I have your payment right here... hope it doesn't explode on you as you're leaving" gag:

History tells us that doesn't kill him, but wouldn't that be fitting and hilarious all at once? 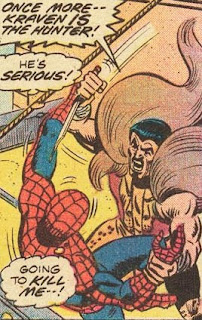 And for some reason, the Hulk makes an appearance, shaking the diamonds and Delicious Hostess Fruit Pies out of a giant artichokes head: 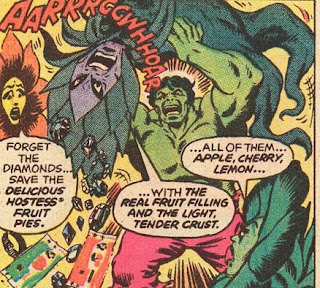 ... hmmm, that may have been an ad.  Oh, well.  It's too late now.  It's Marvel's fault for seamlessly blending their characters with mass-produced pastries!

But back to Spidey: 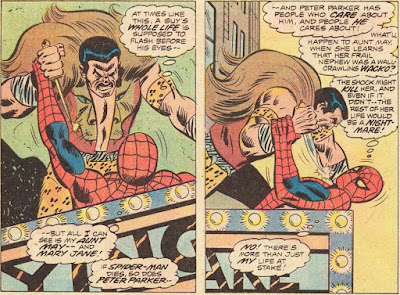 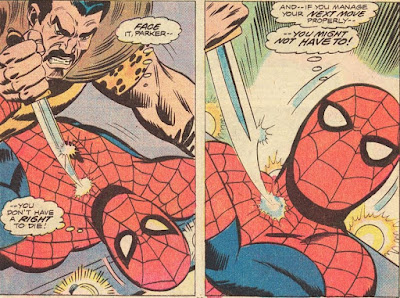 Okay, I appreciate the drama and everything.  And I know that Kraven enhances his strength and speed by drinking herbal tea or eating herbal brownies or however that happens, but consider this chart from roughly the same era: 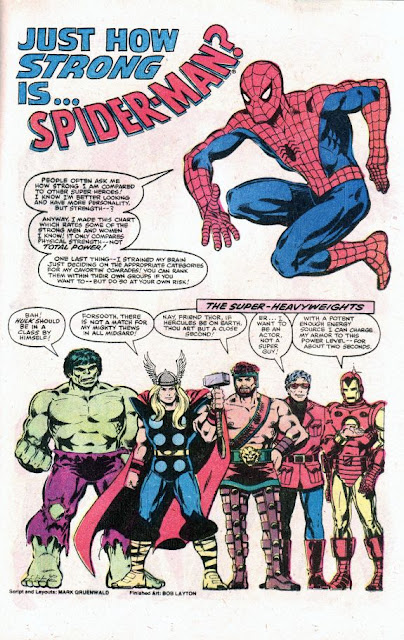 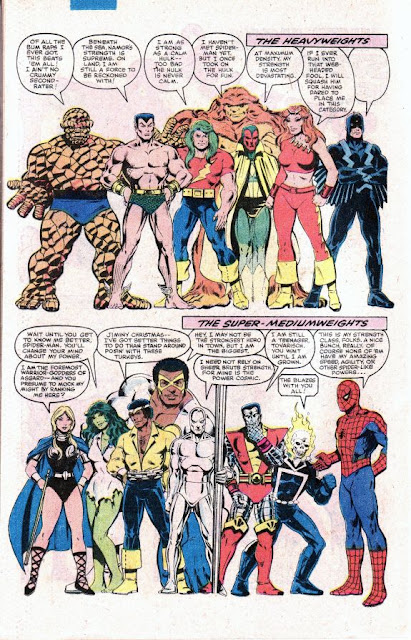 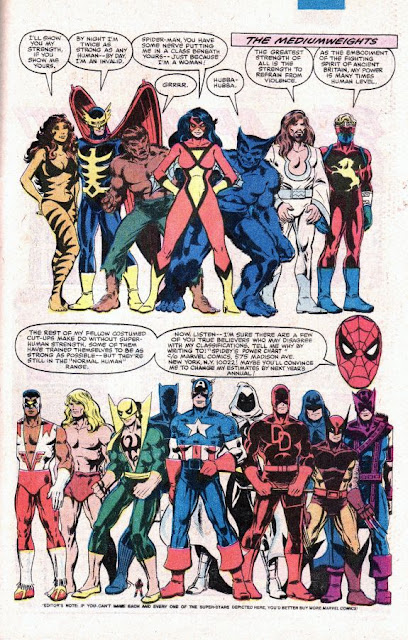 Spidey is in a power class with the She-Hulk and Luke freakin' Cage.  There is no reason he shouldn't have easily made Kraven eat that knife, blade-first.  If we're going to be reading the exploits of an inexplicably de-powered Spidey, this is going to be a long run.

When Sasquatch fought the Hulk, they said that Sasquatch was stronger than a "calm Hulk"; the Hulk won because he keeps getting stronger whenever he's angry. If that puts Sasquatch lower than the Hulk in their ranking, shouldn't Thor and Hercules be lower too? Their strength didn't increase during battle like the Hulk's did.

Thor is usually shown as being a match for the Hulk at all but the highest levels of anger, I think. In the Avengers/Defenders war, they fought to a literal standstill for hours! And Herc is either his equal or even a bit more in just muscle strength.

The one I'm most dubious about is the third tier. It's all over the place! She-Hulk should be in a class at least equal to the Thing, as should Colossus. I'd guess Spidey and Luke Cage are in the same class though.

That bit of exposition about how strong the Marvel characters are was actually the beginning of what later became the Marvel Handbook of the Marvel Universe series.

In one of the X-Men Annuals The Thing and Colossus were established as equal in strength.