Has Pete Ever Told You His Origin Story? He Has? Want to Hear it AGAIN?

Boy, we've all been there, haven't we, fellas?

I believe we're getting the set up for a Random Slap (tm!) , but after yesterday's false start I want to be sure... 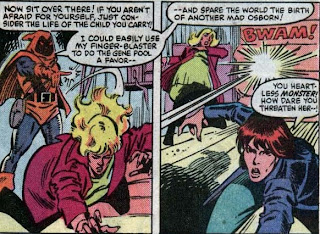 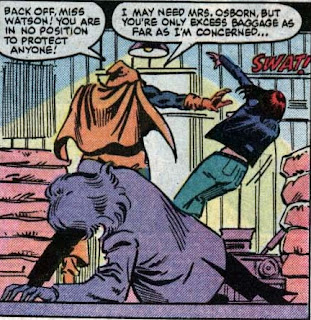 Yes!  We have a Random Slap... Special Back of  Everyone's Head Edition! (tm!)

And I plow into Amazing Spider-Man #162 and, as often happens, I regret not starting a meme earlier.

Here's the thing: We are subject to a flashback regarding Pete's origin on a regular basis.  And I mean a regular basis.  I wish I had the oomph to go back and catch them all, but I'm not going through 261 issues all over again, so we'll just have to start here with a new CMNS meme I like to call... 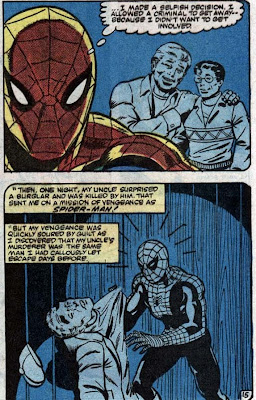 Yeah, yeah... failed to stop the burglar that later killed his uncle.  We GET It! (tm!)

That issue had one of your better photo covers... 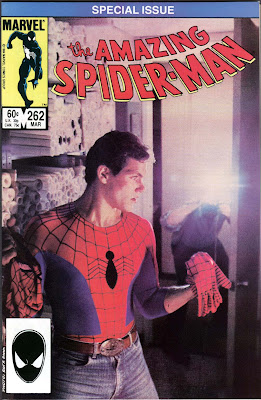 This goes into the Cover Hall of Fame not only because it was well-done, but also because it actually related to the interior story, which was indeed about Pete tracking down a photographer who took a pic of him mid-change.  Nicely done!

Who is the model for the cover?  I'm sure someone knows, but I've no idea.  The cover is credited to Elliot Brown.  A bit more on the origins (and the unused art that was at the ready in case the photo tanked) can be found here .

That's it for today!  I'll see you Monday!

Email ThisBlogThis!Share to TwitterShare to FacebookShare to Pinterest
Labels: Cover Hall of Fame, Fun with Out of Context Dialogue, gimmick covers, spider-man, We GET It

I have that issue in a long box somewhere. If I recall, they actually told a full (and very good) story IN A SINGLE ISSUE. You kids should ask your parents what that was like.

Couldn't find anything about who that is on the cover, but I've always thought of Nicholas Hammond when I think of Peter Parker.

Yup, Tracer! The whole thing from start to finish, and you didn't have to know years of history to follow it. And Nicholas Hammond was the best Peter Parker to date, hands down!