In Which Captain Marvel Junior is... well, it just ain't right

The blog that will not die returns with a look at Master Comics #52! 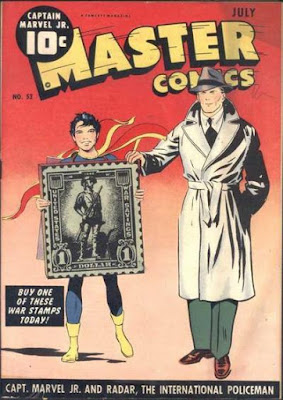 Oh, eeesh.  They're still pushing Radar.  This needs to stop.

But note that they're promoting war bonds, because that's relevant later.  Kind of.  Eh, don't worry about it.  I'll remind you. 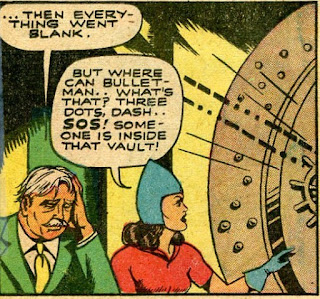 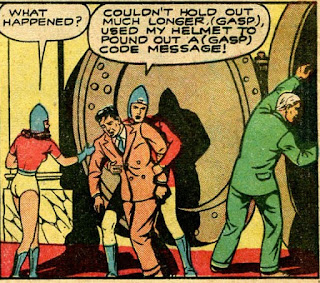 You know, I like to think that if someone heard me pounding from the inside of a bank vault, they'd put 2 and 2 together and not just leave me in there if I didn't send them a message in Morse Code.  Maybe people hung out in bank vaults back in the day, but seriously... if you hear me pounding from inside a bank vault, whether it sounds like Morse Code or the drum solo from "Wipeout,".... please just open the door.

On to CMJ, where things take a very strange turn: 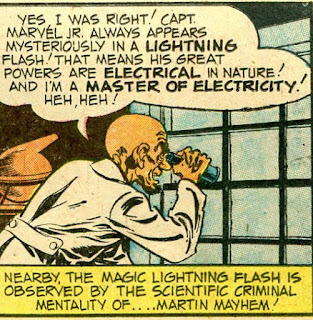 Hmmmmm.... "Martin Mayhem" is only about 50% intimidating, if you know what I mean.  Anyway, we all know that the Marvel Family's powers (lightning bolt emblem notwithstanding) come from magic, not electricity.  So, Martin is barking up the wrong tree here.

Or so I thought. 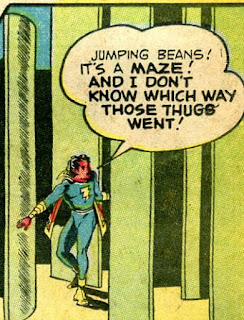 Well, you could just knock the walls over.  I've seen you throw tanks around like they're lawn darts.  I really don't see the issue. 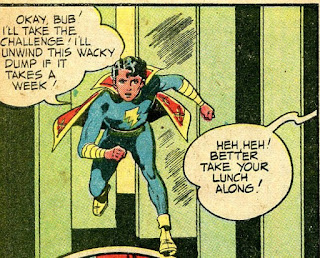 Okay, that was a pretty good burn from Martin Mayhem.  I'll give him that. 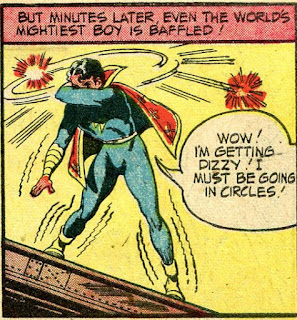 Seriously... knock the walls over.  Why do heroes forget their power set on a regular basis?

Anyway, like I said, CMJ's powers come from magic, so anything electricity based will have no effect on...

Ok, first some Fun with Out of Context Dialogue! (tm!):

That was Fun with Out of Context Dialogue! (tm!)

But back to business... you mean to tell me that "draining electricity" stole CMJ's powers? 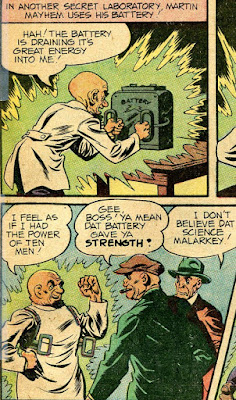 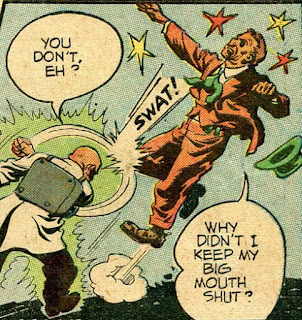 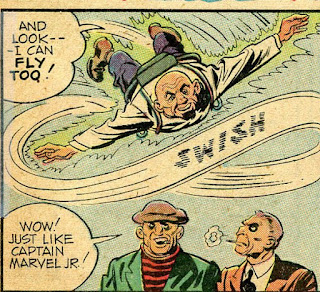 Someone tell me how this happened.  I cannot accept this!

Anyway, they fight... and it shouldn't be much of a fight because "Martin Mayhem" turned "Captain Monster" shouldn't have any powers!!  YEESH! 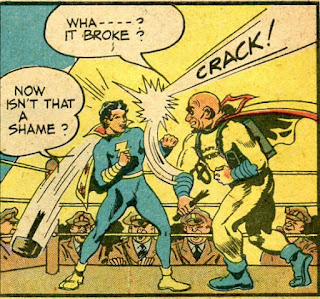 And then... well this part makes sense if the earlier stuff did:

And then CMJ drags his now-powerless opponent back to Earth so he can punch him... 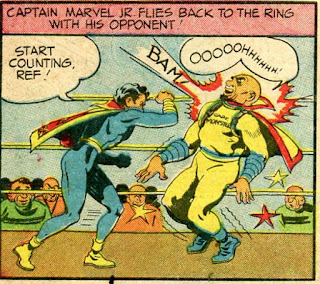 ... which I would normally say is overdoing it, but Captain Monster made my head hurt, so anything goes. 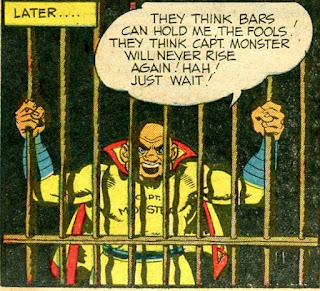 It's very accommodating of the authorities to imprison super-villains in their costumes.  It happens so often, I'm usually surprised when they don't.

Why they bother with guys like Captain Monster when guys like Captain Nazi are still relevant (remember the war bonds?), I have no idea.  It's like putting the Joker on hiatus so Batman can fight villains like the Mime. 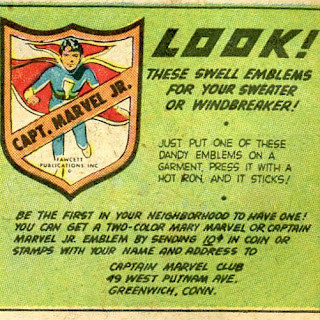 I took a look at the address on Zillow.  It's actually a house, and someone's looking to get almost 4 million bucks for it.

Finally, this was new: 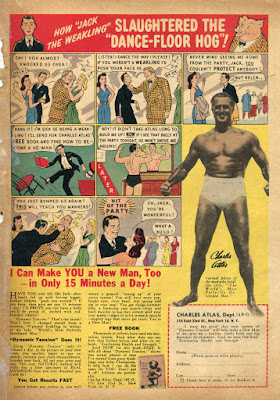 Yeah, we've seen "Mac" get slapped around the beach more times than we can count, but we've never seen Jack work out so he can beat up a guy whose assertive dancing style clearly masks insecurities about his fashion sense.

See you soon, my lovelies!  Never count us out!

Here in the UK a prisoner on remand is allowed to wear their own clothes, so maybe Captain Monster just hadn't been convicted yet??

I knew that Martin Mayhem was an Evil Scientist the moment he said, "Heh heh."