Yeesh, it's been another week?  I tell you, I don't remember being this short on time until the last year or so.  I'm not sure what changed.  Maybe me... maybe I'm just getting older and it's taking me longer to get everything done.  The calendar has it's way with us all.

Granted, I have been enjoying the PS4 and Netflix subscription I got over the holidays, but I really don't think that's it.  Hey, do you come here to get a few laughs, or to judge me?  And by the way, if you have Netflix and haven't watched Marvel's Jessica Jones, you're missing out.  It's one of Beloved's favorites, and I think it's dang good... but it's not for the kiddies. 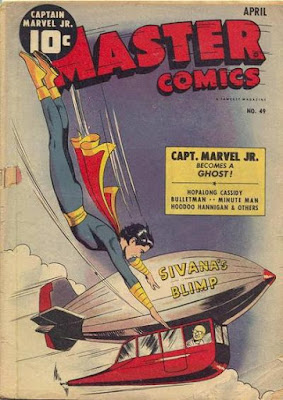 I don't see your name on it.

It turns out Dr. Sivana wants to mix things up by having his face caved in by CMJ's fists for a change, so he creates a smear campaign: 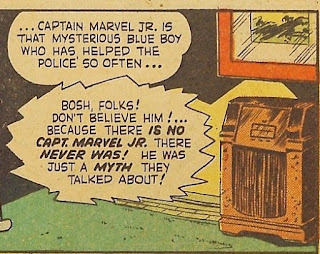 Now, most heroes would probably just shrug.  Well, the cool ones would.  Superman would probably lose his mind if people weren't kissing his cape every second of every day.  But CMJ is a younger person, so he's got that youthful insecurity thing going on: 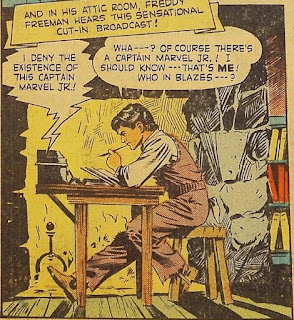 Why didn't the magic lighting go off? 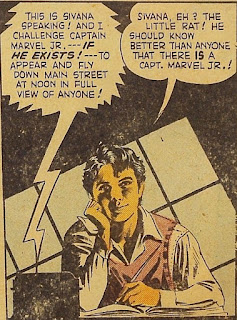 Again... why didn't the magic lightning go off?

Okay, it's supposed to go off every time the words are said, not just when CMJ wants the words to bring the lightning down.  Egad, they're getting a little cocky at Master Comics. 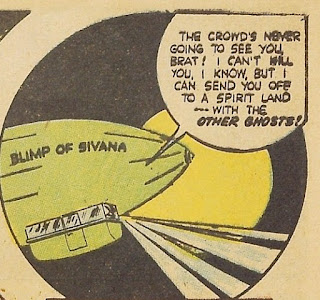 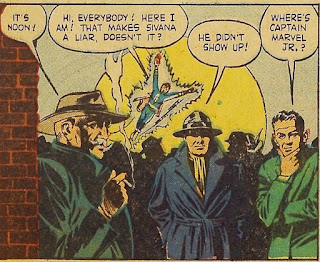 And like most Random Rays, this one totally works.  Although why Sivana would want to put himself in a position where CMJ can haunt him without Sivana's knowledge, I don't know.  Then again, I don't have the smarts to come up with a Random Ray in the first place. 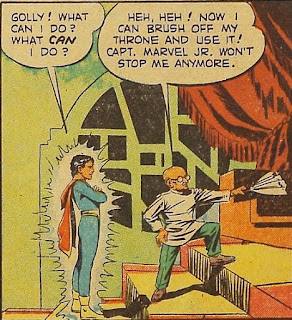 CMJ tries the magic lightning to see if Freddy Freeman will suffer the effect of the ray.  Thusly: 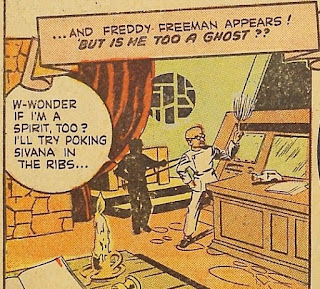 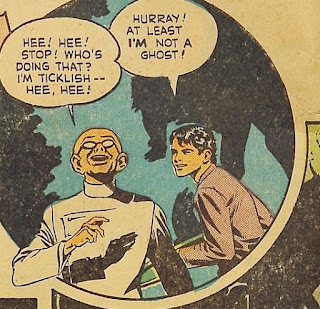 Why did Freddy choose to tickle Sivana rather than just clonk him over the head?  Because, comics! 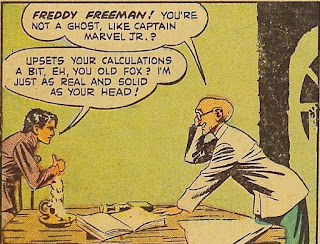 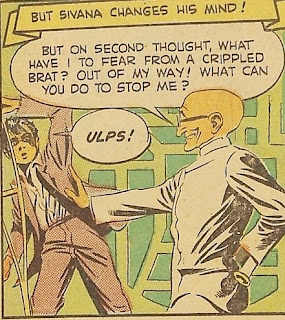 Freddy decided he'd rather be a powerful ghost than a person with a physical disability.  I'm not sure I like the message this story is sending.

Hey!  I see some Fun with Out of Context Dialogue! (tm!)

Anyway, CMJ finally figures out that the way to solve the problem is to make it Sivana's problem.  Thusly: 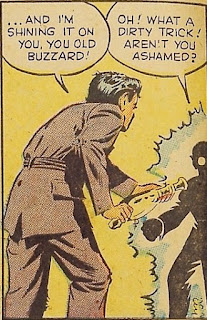 Since spirits can touch each other, they can apparently beat on each other as well: 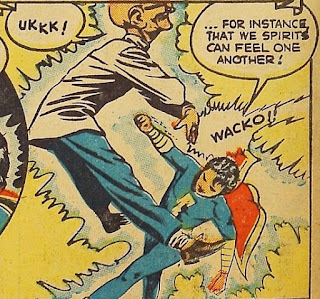 I'm a little confused as to how one can be intangible and feel pain, but comics! 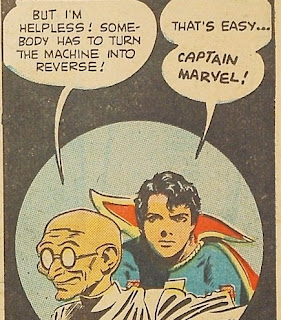 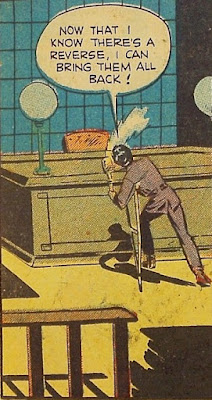 Wait a minute.  All he had to do was grab the thing and hit the reverse button?  I guess the old "Wisdom of Solomon" was taking a backseat in CMJ's psyche that day. 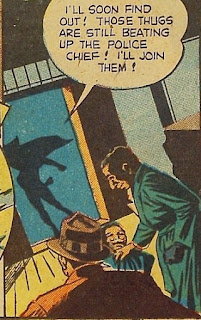 Hold on... you'll join the thugs beating up on the police chief?  Why would you... 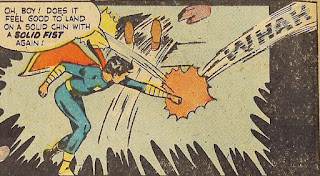 Okay.... you're beating up the thugs who are beating up on the police chief.  Because you said... you know what?  Never mind. 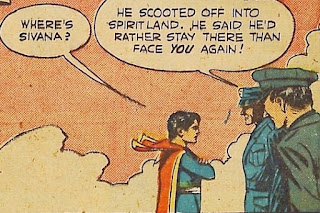 Well, at least they're honest that he's not gone for good.  That's a level of respect for a reader's intelligence you don't see a whole lot of in comics. 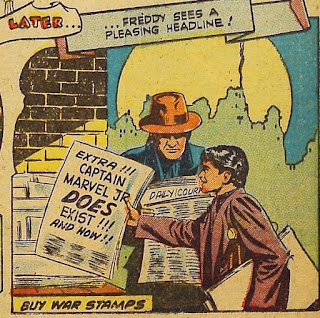 Well, sure... if you believe the liberal media!