I'll Chafe Them Back to Consciousness Tuesday!

So I'm still going through All-Flash Quarterly #1 and I've got to admit I didn't realize that it was common knowledge that Joan was the girlfriend of the Flash.  But the Disembodied Floating Heads (tm!) don't lie: 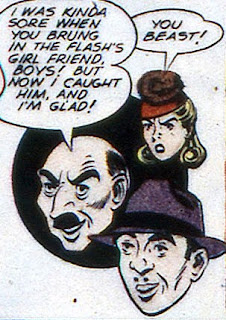 And sure enough, I get to the second story (with the first appearance of legendary Golden Age badguy, the Monocle) and it appears that anyone paying attention knows that the Flash and Joan have a thing: 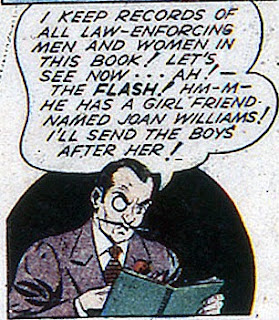 Hmmmm... the Monocle had enough sense to keep detailed records on everyone in law enforcement, yet he didn't put it together that Joan was tight with Jay Garrick long before he became the Flash?

And if I were Joan, I'd be a little bit nervous about everyone knowing I was keeping company with the main crimefighter in Keystone City.  You know, the one with the secret identity.  So if they wanted to get to him, really the only choice is to come after... 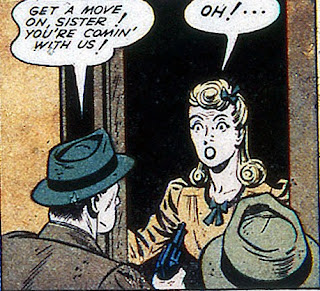 Oh, come on, Joan!  You had to see that coming!  Did they not have peepholes in the 1940's?  Just because some strange men knock on the door doesn't mean you have to swing it wide open! 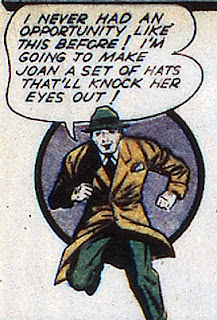 Well, I guess you could make Joan some nice hats.  She probably wouldn't see that coming at this point. 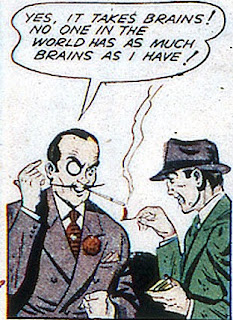 Forget the brains, I'm more impressed with that rockin' mustache.
And he wasn't that bright, either.  This was the big death trap he set for the Flash: 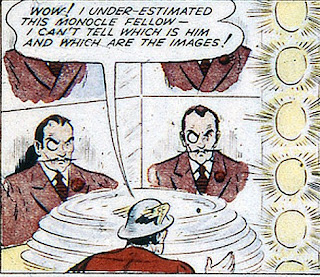 Although it apparently had some degree of effectiveness because the Flash seems quite stymied.  And I'm no great scientist like the Flash or anything, but I would think that the real Monocle is the guy who isn't just a head resting on a torso. 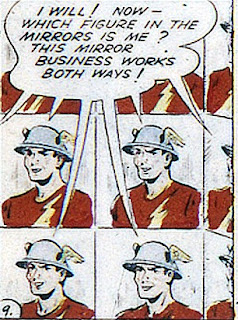 Again, which one isn't just a floating head?  I'd shoot that one first and see how that turned out for me. 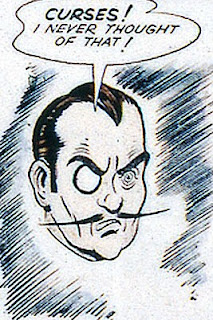 Well I hate to backseat drive, but you may have just over-thought things a bit.  It's a common problem for Golden Age Villains.
Hey, you know what we haven't seen in a long time?  Fun with Out of Context Dialogue! (tm!) 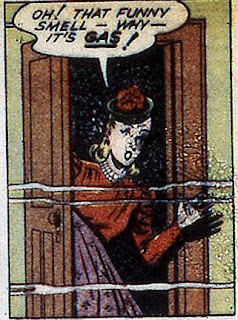 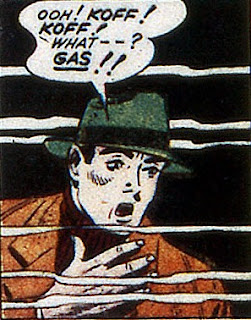 To be fair, the last one didn't make a lot of sense in context, either.

Aww yeah, new CMNS! I always knew it was coming back!

Oh Jay. Number One at chafing.

Yea Adam! Welcome back - and thanks to Mike Sterling for the notice.