It's Fun to Say "Tonatiuh!" Wednesday!

A comic book series is a lot like a television show. The plan is often to keep churning out episodes and keep the premise going until the thing simply jumps the shark and no one cares any longer. Rarely is a popular series with high sales revenue retired. When the creative team that gave a book a strong run quits or otherwise leaves, the natural maneuver is to implant a different creative team and hope no one notices.

World's Finest Comics, as you may have noticed over the past few months, were hardly the world's finest comics. It never had a particularly strong run, but it had Superman and Batman in it, so at least it was a figurative restaurant in a good location.

But see if you can tell at exactly what point the book started winding down: 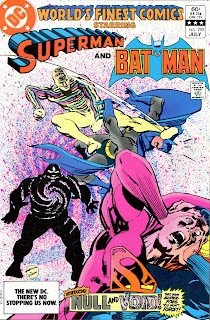 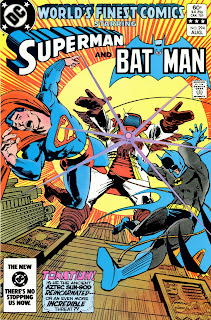 Tonatiuh? Doesn't that sound like an awesome super-foe? Move over, Galactus! 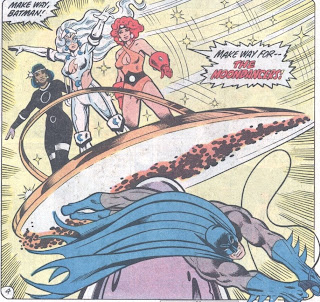 The Moondancers? Who, I presume, are now available for bachelor parties and fraternity beer bashes? 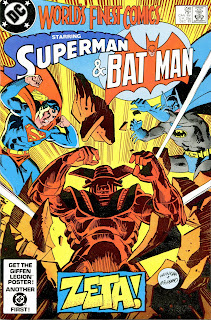 What about Zeta? You know, he was part of the Pantheon? Who was the Pantheon? I honestly couldn't make it through the three issues it took to tell me who they were or why I should care.

But as you can see, the series was starting to sag. To the best of my knowledge, none of these awful villains ever saw the light of day again. If I find out to the contrary, I'll let you know, because I know I don't want to miss an appearance of the Moondancers!

It's not like I'm that hard to please, either. Consider: 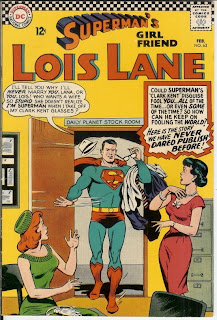 I don't care if the pages inside are blank. I can tell you that, based on the merits of the cover alone, this is one bitchin' comic.

See you tomorrow!
Posted by Adam Barnett at 12:06 AM

LOL! The Moondancers reminds me of an old school cartoon for girls before. I think the title was Gem. Null and Void the Dynamic duo of nothingness!

That cover is on Superdickery. BTW, why do we have to see Supes' "O" face on every cover?

Hey, read that Null & Void story and get back to me. I thought it had a few good concepts. Plus, under the gaydar.

I just don't think I can oblige, Sleestak. The terrible artwork, the cheap printing of the 80's.... it's too painful on the eyes and the brain. However, if you would like to write an "In Defense of Null and Void" guest column, I'd be happy to run it ;-)

I've always dug paired heroes/villains with one word names that formed a phrase together. And I've been nuts about foreign languages and mythology since I was a kid, so an Aztec sun god and a guy named after a Greek letter would've rocked my socks off as a young 'un. The Moon Dancers can go jump in a creek, though.

Superman's the last person who should be calling anybody "stupid." It used to take him 21 pages to defeat a cowboy with a flying horse.

he actually looks more like a bizarre cross between a cowboy, a disco dancer, and an astronaut.

his outfit doesn't exactly scream Aztec god to me... and I have to say he's the weirdest-looking out of all those villains.

out of them all Zeta looks the most bad-ass villain.

My uncle was a roadie for Pantheon back in the 80s. Total hair band cheese. I think I still have a t-shirt somewhere. Wonder whatever happened to those guys? Totally needs to be a VH1 Behind the Music.